thaïs finds her manager Mélanie Roman thanks to Groover

thaïs is one of those artists who manage to stop time. Through her soaring and sparkling music, in just a few seconds she makes you stop everything you are doing and listen to her alone. She nurtures the intimate and gentle part of her project and does not hesitate to surround herself when she meets the right people. This is the case with Mélanie Roman, her manager for several months, whom she’s met thanks to Groover. We had the great pleasure of interviewing them both!

Can you briefly present your respective projects, Mélanie and thaï?

thaïs : I started my project in 2017, releasing my first self-produced and independent EP (Sixtine). The following year, I released my second EP (Anitya) and it was a few months later when I met Hugo Loïs with whom I developed and recorded at Troublemakers studios my project “Artificial Paradise” which will be released next spring. It’s an album that talks about a breakup, its ups and downs, the questions that come up when you feel lonely, but also about a certain hope. You could describe my style as soaring and bubbly pop.

Mélanie : For my part, I moved a little away from electronic music (an environment in which I had been developing in since 2014 and that I still love so much), to work with artists from other genres that have always interested me, in current music. So I became the manager of three artists: thaï – Pop (Montreal), Two Faces – Electro Rock / Triphop (Lyon), Bonbon – Electro Pop (Paris).

thaïs, how was your musical project born? How did you begin composing your own songs?

I started out learning classical guitar for several years, but over time I realized that I was more interested in composing than performing other people’s works. It was towards the end of my classical studies when I started to detach myself from it all to make my own way and express my feelings about the world around me. 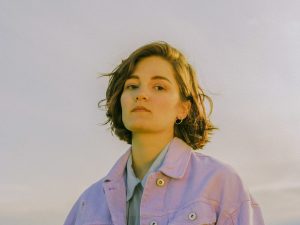 Mélanie, you are the co-founder of a collective called 8day, can you tell us a little more about this?

8day is an electronic music collective based in Montreal which was set up with my partners Van Did, Rafa Pineda and Chino, Mexican artists and producers, in 2015. This project was born from a desire to collaborate with other artists and to promote the music we love (Techno / Minimal / Melodic / House). We welcomed international artists like Stephan Bodzin, ANNA, Christian Löffler, in front of a euphoric and passionate audience; then collaborated with many local artists and other actors of the Montreal scene such as Piknic Électronik, the SAT and other collectives.

Today, 8day has a channel dedicated to broadcasting and discovering new tracks, 2 labels (8day and Grrreat Recordings), a group of resident artists that we support, and a growing community always eager to discover more music.

It starts early and it ends late. Especially if you work with artists from different time zones. You talk to your artists and the project partners, you watch over what happens in the community, you organize the strategy. You send a lot of emails and calls, you negotiate and you do whatever you can to unlock opportunities for your artists. Sometimes you get good news (Groover wants an interview!;)) And sometimes (often) you sort things out. You are constantly learning, and stepping out of your comfort zone. Sometimes you make mistakes and sometimes you did well to listen to your intuition! You accompany your artists, you listen to them and support them. You’ll see concerts, showcases and meet professional people. You build bridges to continue the adventure and at the same time you are the guardian of the troops. At the end of the day, it will be worth it for you if you work with artists who inspire you not only with their music but with their human qualities as well.

What about a day in the life of an artist, thaïs ?

I would say that a typical day in my world as an artist is, first of all, communicate with the people with whom I work every day: my manager, my editor as well as my musicians. This is very important so everyone is aware of each decision that is taken and is in the know of what is going on or what is up next.

Also, as an artist, I find it essential to listen to new music that comes out, as well as the solo projects of my musicians, so I always take the time to look at the works of others. On the other hand, when I’m alone, I compose at home and I create my demos to then present them to Hugo to finally rework them in the studio. I would say that when I’m in a creative period, my time is split between my home and the studio, which allows me to always maintain this intimate and sweet part in my songs.

Mélanie, what did you like about the song Lou by thaïs when you discovered it on Groover?

It was the kind of song that made me stop everything to listen to it intently from the first few seconds. thaïs’ voice is haunting and the instrumental transported me. I had a big crush. I must have listened to it over 20 times and it still hits home just as much as the first time I listened to it.

And what was the result of your first meeting?

Mélanie : Hugo Loïs, editor and co-director of the project, to whom we owe our meeting since he was the one who sent me the song via Groover, gave us an appointment at the studio of Troublemakers to have me listen to the album. They both told me about their work together, I gave them feedback, we got to know each other a bit, we talked about the project and our backgrounds. There was a great vibe amongst the three of us, marking the start of a great collaboration. The launch show for the first single was scheduled 3 weeks later. Everything went very quickly since the first meeting, and we were very happy that thaïs was part of the Phoque Off in Quebec in the Groover showcase. She then participated in the Francouvertes de Montréal 2020 in March.

What are some of your projects for this upcoming year?

As of right now, the release of my second single La nuit te ressemble (available here) on February 28 and the album Paradis Artificiels. Hopefully, many shows to come as well. We will announce some dates in the coming weeks … And who knows? Maybe we’ll meet you soon in France? 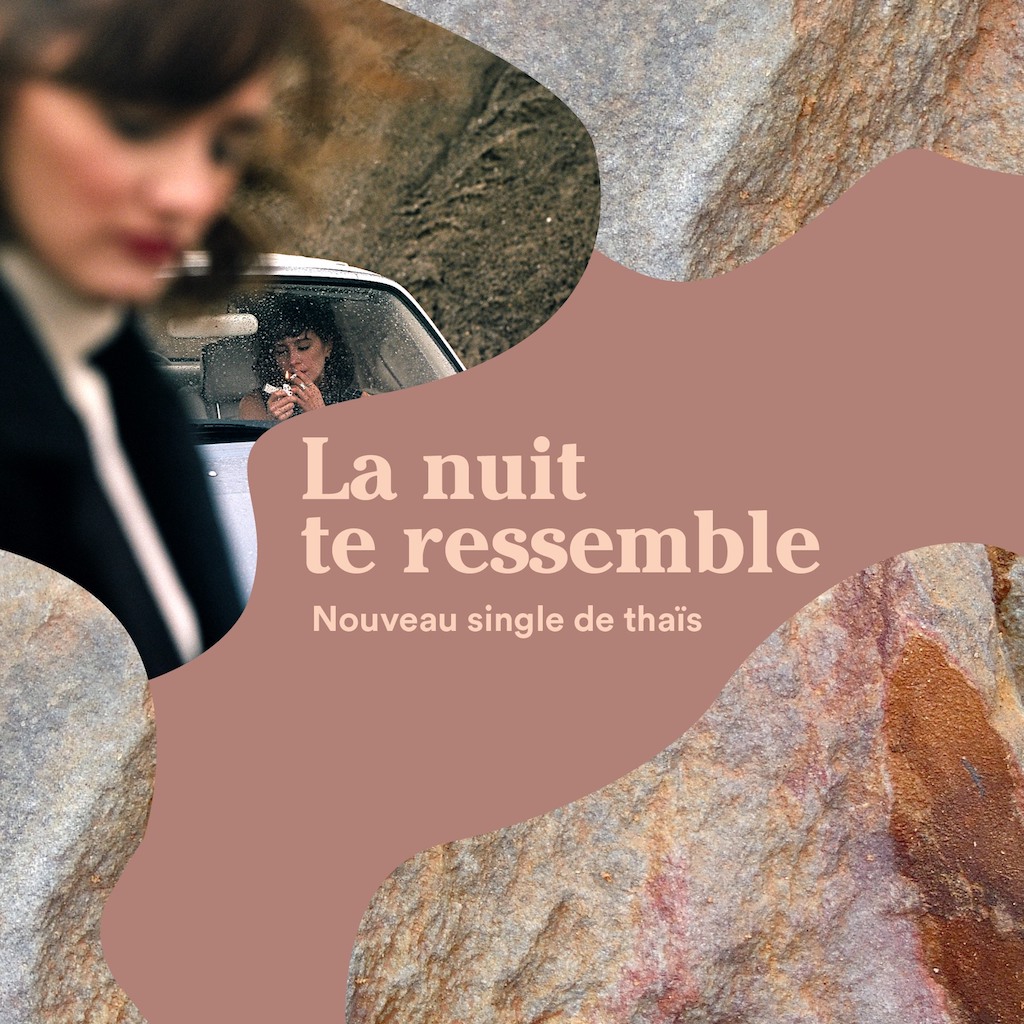 How would you describe the independent Quebec scene today? Is there strong competition? Is it easy to stand out from the crowd? By what means?

It is a lively scene, which values emerging artists, not only in the Montreal metropolis area but also in other cities in Quebec. The programmers of festivals, competitions and showcases are always interested in listening to new local talent and the public is also curious to discover these new artists. We believe more in interesting collaborations between artists than in competition. We also see this trend on stages. How to stand out of the crowd: a good production, a frank and fully developed project, and a live performance that transports us to a unique universe.

thaïs : As a young developing artist, I would say that it is more the most important thing to persevere no matter the cost. Though that may come with an unstable life for an artist. Also, I think it’s crucial to always be open to collaborating with other people and artists while trying, as much as possible, to choose the people around you wisely. Finally, I truly believe that you should be daring and never feel limited.

Mélanie : Structure your project, define it well and know what you want to accomplish. Be persistent and resilient, surround yourself with good people and trust your intuition. Developing an artist’s career requires teamwork. You have to be curious about how the environment works to defend your project and choose the right people to represent it. With thaïs and Hugo, we have found a good team dynamic which allows us to be complementary and to develop together.

thaïs : I find it to be a great way to get your name and music known to various important players in the music industry while having the chance to receive criticism from professionals. In my case, I also had the opportunity to meet people who have become very important to me, like Mélanie.

Mélanie : Groover is a platform that offers significant opportunities for emerging artists. It facilitates contact with professionals, which can be difficult otherwise. As a mentor, I discovered a lot of projects that were interesting, and I’m really happy that I was there at the right time to meet thaïs.

| Check out : Dekay signs with the Dig It! label by Chinese Man Records thanks to Groover

You too can find the people you need in order to develop your musical project by sending your song to Groover!