FINN gets new media opportunities, thanks to Groover’s personalized feedback 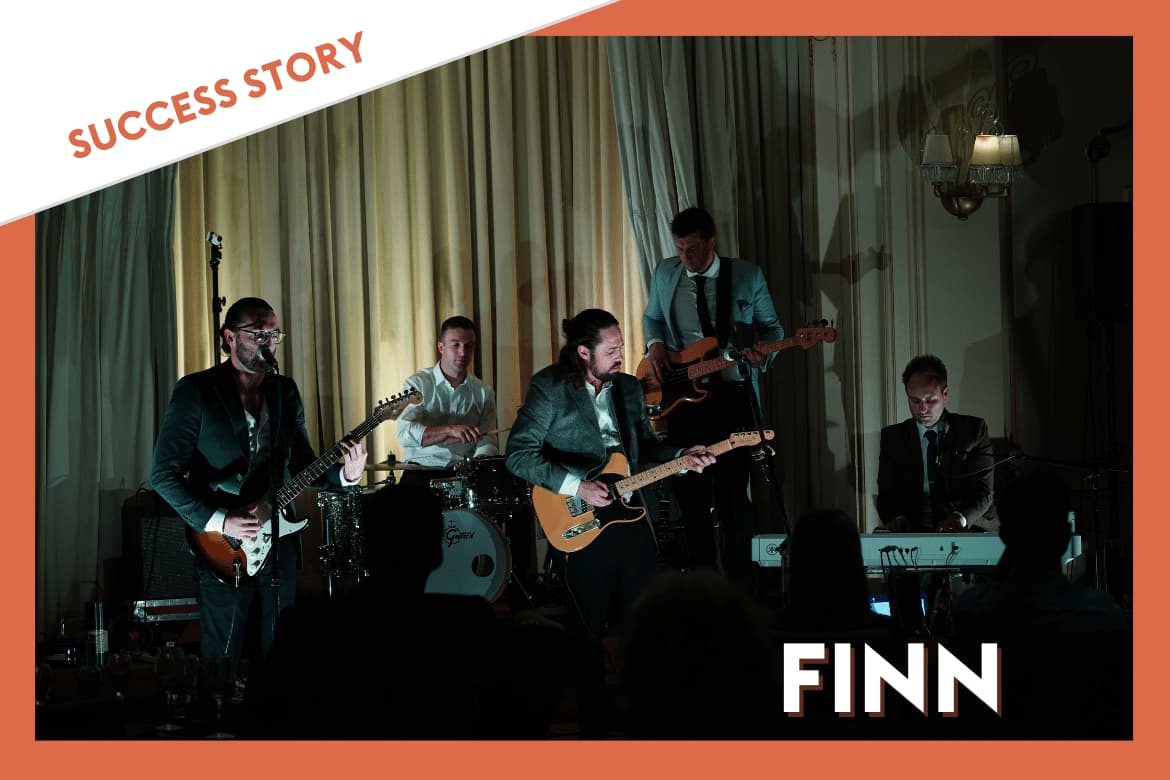 FINN is a Melbourne-based rock-country-blues band, that focuses on emitting emotion through the art of storytelling. We have had the please of speaking with them about their newest album “MAYROSE” and how Groover’s personalized feedback has helped them unlock new media opportunities.

We’ve tried many different promotion and feedback platforms and Groover is by far the best. You can tell that the feedback that you receive is from real people that have taken the time to listen to your music.

FINN, could you introduce yourself and the band.

Hello! We’re FINN from Melbourne, Australia. A five piece, original rock-country-blues band that blends influences from the likes of Mark Knopfler, JJ Cale, Nick Cave, George Harrison, Ronnie Lane and more, with our own contemporary storytelling and modern production. We’ve been busy writing and recording over the course of the pandemic, and are excited to be releasing our second album this year.

Tell us about your new album MAYROSE.

Earlier this year we released “STONEWALLING“, which was more of a blue tone, minor bluesey sound. It got some really good feedback and reviews, but was pretty dense at times with songs about World War I, the pandemic, and the current political environment. “MAYROSE” is sort of the antidote to that. It’s warmer, and kinda like a spring time album – and with it being released on 3 of September, at least in the southern hemisphere it kinda coincides with the start of the season.  Luke and I both had children this year also, and there’s songs about that (“Baby Girl”), as well as a few love songs (“Come and Play”, “Believe in You”), and a little bit of melancholy / loss too just for good measure (“Longest Day”, Twilight”). There’s a touch more country-folk in there too (“Roll On”, “Here It Comes”). I think overall it’s kinda like a post pandemic pick me up in some ways.

FINN, this is your second album this year, how many more songs do you have recorded?

Good question! I’m actually not sure. There’s a tonne that we’re working on. Many unfinished as yet, but it’s just sort of like something we do out of habit…write a song or two every weekend. I kinda view it as like trailwalking in the woods. You find a new path, follow it and see where it leads. Sometimes it’s a dead end, other times it’s a new forest, a canyon, etc. Exploration really, and lot’s of fun!

|Check out: Songwriting: How to make an impression as a musician

You’ve promoted your track Come and Play through Groover, can you tell us a bit more about this track and your collaboration with Tess Hannah?

Tess is one of Melbourne’s great new upcoming artists. Her voice is as clean and pure as you can imagine, and a true contrast to the gruff stuff that we do. A beauty and the beast thing in some ways. “Come and Play” is a jazzy-blues kinda groove that just kinda catches you. It’s one of those songs that sounds positive, but has an underlying darkness / edge to it. It’s a bit of a lover’s Q&A kind of thing, with Tess providing the counterpoint at the end. You don’t really know exactly what’s going on, which makes it more intriguing I think.  Here’s a little video of us recording it in the studio:

Will we have a chance to see you play live any time soon?

It’s obviously a tricky time for the live music scene as a whole. We’ve had to cancel a few gigs over the last few months due to lockdowns, however, we are scheduled to play ‘The Toff in Town’ on November 25 in Melbourne. Tickets for that gig are available here! We’re also looking at a national tour in 2022, and maybe a tour of Europe after that! Fingers crossed COVID doesn’t throw another spanner in the works.
| Also read: Gigmit, the booking platform that revolutionizes the live industry

FINN, you’ve used Groover to promote your music, can you describe your experience? Would you recommend Groover to other artists?

Absolutely! We’ve used Groover for two campaigns now – one for “Come and Play” and one for ” Dead or Alive” which was on our “STONEWALLING” album. We’ve tried many different promotion and feedback platforms and it’s by far the best. You can tell that the feedback that you receive is from real people that have taken the time to listen to your music. I was blown away by one comment by a blogger who was commending us for using a ‘C shaped D chord’ in one of our tracks…I mean that’s awesome. They really know their stuff and give really considered feedback. With both campaigns we had a couple of hundred bloggers and influencers respond, with a large proportion of them adding it to playlists, writing blogs about the songs, and sharing it on social media. The exposure via the Groover network is unparalleled in my humble opinion!
| Check out: How to use Groover to promote your music with success

Send your music to our curators & pros now!

How much do artists get paid on Spotify? – Loud & Clear