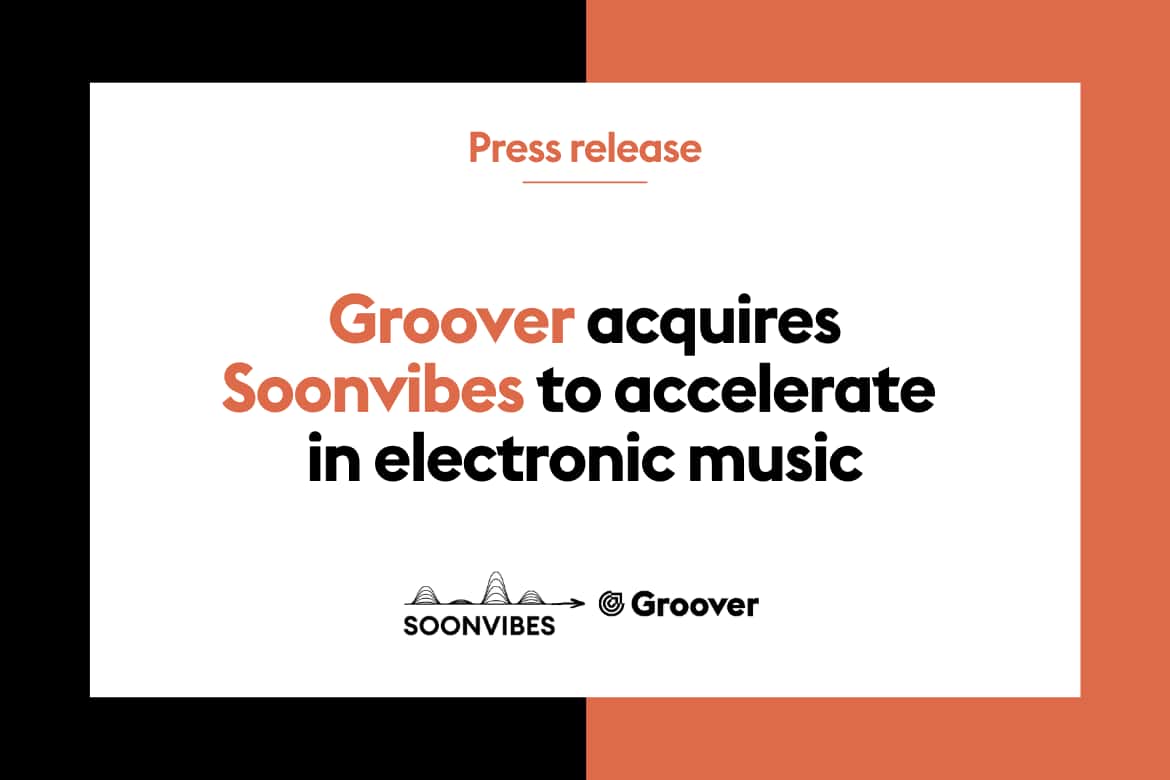 It’s official as of March 31, 2021, Groover is acquiring Soonvibes, allowing the 70,000 artist who used the platform to promote their tracks to the curators, radio stations, labels and music industry professionals of their choice in France and internationally on groover.co

Dozens of success stories have already been born on the platform [Groover] for electro artists, such as Myoon who landed a record deal with Inside Records / Electro Posé, VOG getting into an official TikTok playlist or the duet Bei-Jing who signed in publishing with The Gum Club (Universal Music).

Groover brings together over 1,000 music industry professionals looking for new music projects. Among them, more than 300 media, radios and pros are invested in the electro scene – including DJ Mag magazine, Electro Posé and Get The Sound channels, Tsugi Radio, Cookie Records label etc. and available for artists and their representatives to get in touch with them.

Since its launch in January 2019, Groover has already initiated beautiful stories for artists of the electronic music scene who have used the platform:

With Soonvibes, we want to allow musicians of the electronic scene and all the other music genres to develop their visibility and network. Soonvibes artists, come take advantage of our welcome offer on Groover with the code WELCOMESOONVIBES* until June 30th

*only valid on a first campaign and until June 30th

How to find a booker? 5 tips to find and hire one easily