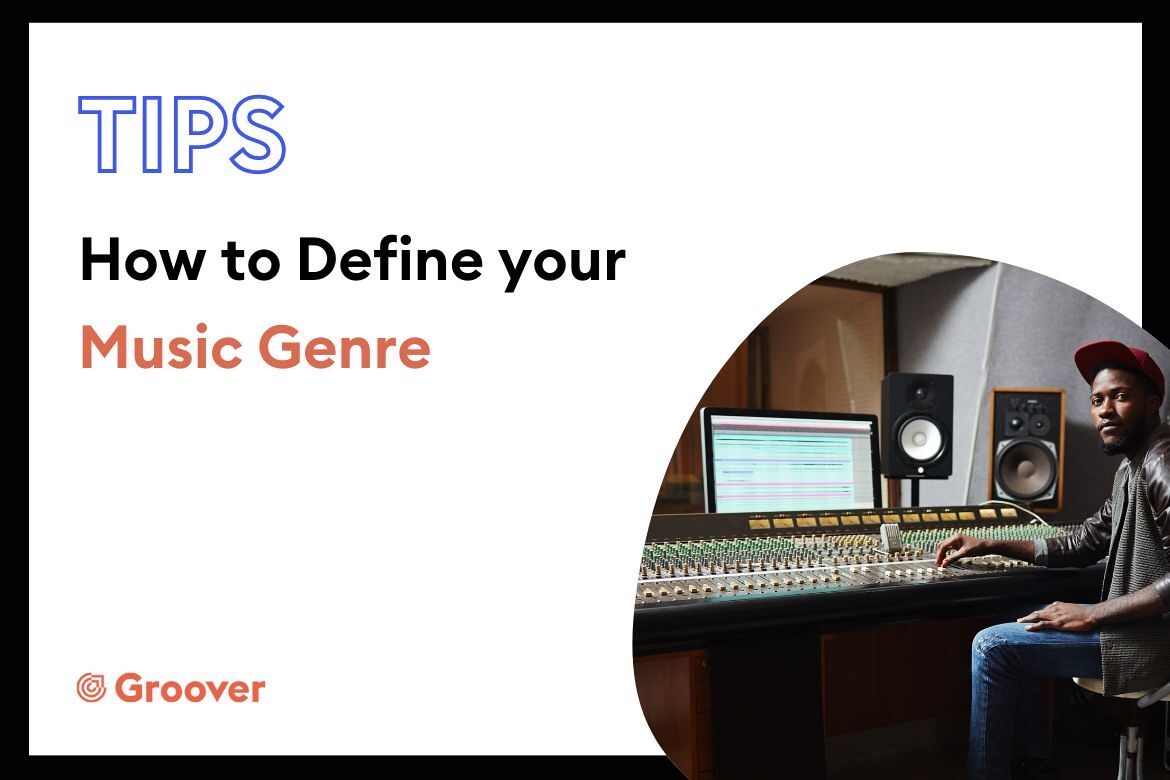 Don’t you just hate it when anyone asks what you sound like? Whether you’re having a meeting with an indie label boss or a promoter or just a bunch of mates in the pub. Defining your music genre is a skill that you should know.

A music genre defines the style of music according to the rules, similarities, and traditions of that particular music played. Phew! That’s a bit of a mouthful. So for example, Rap music tends to have someone rapping in it. Death-metal tends to have chugging low-tuned guitars and deep angry vocals. And Electronica tends to have computer-generated beats that you can dance to. These rules help define the musical genre of most bands and they’ll fit into one slot or another.

The most well-known genre is popular music or Pop music as it is more commonly known. Born in the 1950s, pop music has a wide musical style with lots of music sub-genres such as Pop-punk, K Pop, or Pop-rock. Music genres can also be defined as the area they’re from. K Pop from South Korea, African music from Africa, and Latin music from South America. Sometimes, a new genre evolves. Grunge was a famous musical movement from the 1990s. Specifically surrounding the rock bands from Seattle, US. Bands such as Nirvana, Pearl Jam, and Mudhoney, are classed as Grunge bands.

There are hundreds of different music genres. From Pop to Rock and Jazz to Dance. Nobody likes to pigeonhole their sound but in order to play the right shows, get onto the right label or even the right playlist. It’s important to categorize yourself to some degree.

Rock, pop, disco, dance, rap. What have they got in common? They’re all basic musical genres. To further define your sound, you can break these music genres down even further into sub-genres. For example, when we think of the genre dance music. We think of pulling shapes on the dance floor. What Dance music actually means is ‘music you can dance to’. Coming under anything from ballroom to rave. Electronic dance music is a sub-genre of dance music and even has its own sub-genres. House, Ambient, Disco, Breakbeat, Drum and Bass, and Techno to name a few. And all of these sub-genres have sub-genres. It gets deep right? House has over 50 sub-genres, from Dutch House to Tropical House and beyond. Check some sub-genres out that land under your genre and see if your music fits in with them.

One of the best ways to define your music as an artist or band is to listen to lots of different music genres. Pile them on. Classical, Reggae, Funk, Folk, Hip-Hop, heck even Religious music. You’ll start to identify any parts of your music within these genres. Perhaps your bass player has a penchant for disco. And when listening back to the tracks, you can hear those melodic disco bass runs throughout. Or your drummer has an affection for African music by using traditional African percussion.

Not only does listening to different musical genres help you define your music style, but it also opens up your mind to other genres. Other genres where you can pluck and pick ideas and sounds from. Perhaps you’ve got a Hip-hop song that needs something else. Adding a fuzzy-grunge guitar or classical string section might make all the difference and lift the song. Explore your sound and see where you can go.

It’s these subtle differences that can really make you as an artist or your band stand out. Get to understand the characteristics of musical styles that are close to your music.

4. Identify Artists Similar to You

Another way to entice a potential listener is to compare your music to other artists. When you identify artists similar to you, it draws a real 3d picture of your music instantly. My old band was described as Fleet Foxes meets Led Zeppelin. Or Neil Young fronting the Black Keys. With these descriptions, you immediately know how we sounded. All without listening to our music.

Ask a few friends, music-industry folk, radio DJs, or other artists. You’ll be surprised at the response you might get. Hearing that you’ve got Donna Summer style vocals, Beatles bounce or the dulcet pop undertones of Ava Max will make you hear your music from a completely different light.

Find two or three artists or bands that you sound like and experiment with putting them together. You’ll end up with descriptions such as ‘Brian May solos meets Taylor Swift vocals’ or ‘Stormzy energy with Beethoven and Lennon on the piano’. Easy.

Now you have the tools to describe your sound. You can start mixing them up.

Here are some examples:

Signing up for Groover can put you in contact with music-industry professionals. As well as a whole host of other benefits, these industry pros will listen to your music helping you define your sound and what your music genre is, and where it fits in the music world. They’ll give you feedback on your track as well as playlist placements, radio plays, social media shares, articles, interviews, and more!

r/PromoteYourMusic – How to use this subreddit devoted...