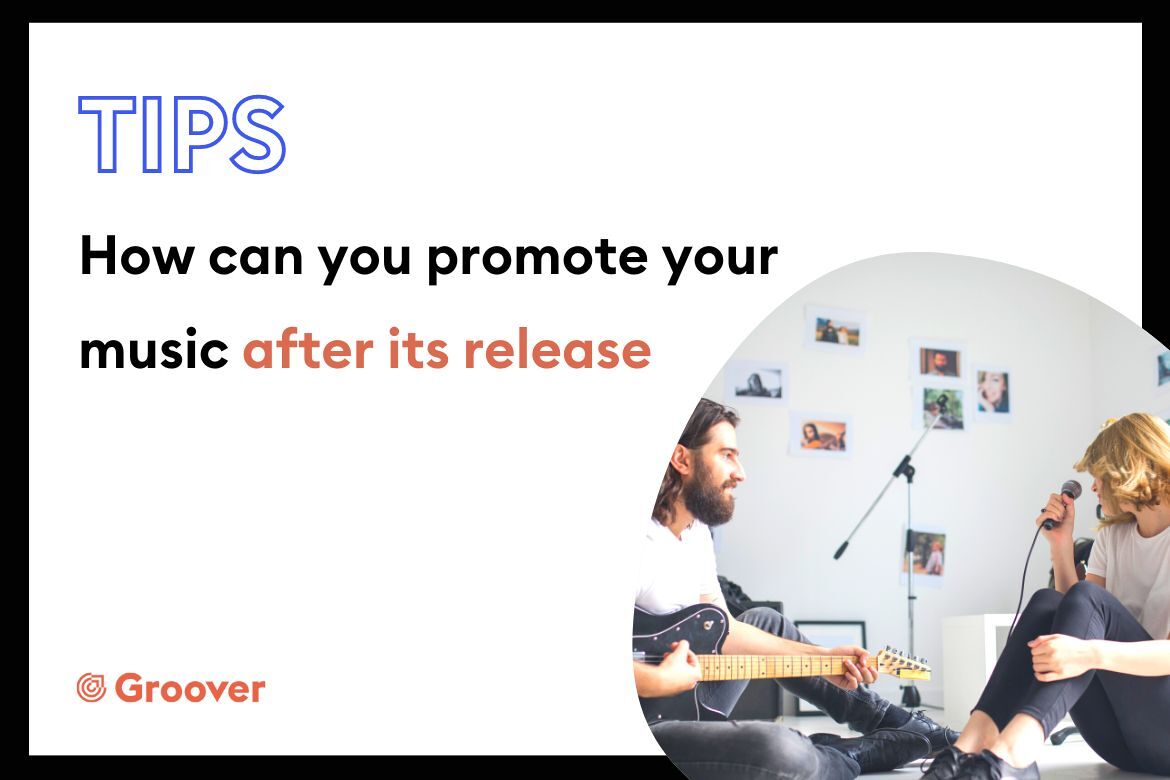 You’ve written the perfect new album, recorded it with the best producer you can afford, and mastered it within an inch of its life. You’ve released it into the ether for the hungry listeners to feast on. And now you wait for the recognition, the critical response, the the… silence? Was it that extended bass solo or the freestyling in the middle eight? Probably not. You should definitely promote after song release, this can change everything. Go out and get feedback, find the people who will be sensitive to your music.

One of the hardest things to do as an independent musician is to get your music heard by new fans. It can feel that the music that you’ve spent long hours creating, gets lost in the sea of new releases. You’re so certain your precious record will get the movers and shakers moving and shaking. But then it disappears amongst the day’s releases. It’s quite disconcerting as a music artist. The sad thing is that amazing music by independent artists does get lost amongst the bigger players and other indie musicians. So how do you get your music to sit above the rest? How do you attract more listeners? What can you do to promote after your song’s release? And eventually, get one of those elusive record deals.

Summary:
1. Get your music noticed
2. Share some behind the scenes
3. Release a music video
4. Make a live session
5. Ask another artist to remix your track
6. Post on Social Media
7. Don’t be afraid to do too much, be original and inventive
8. Continue to contact Media, Radios, and Playlist Curators
9. Share your press coverage
10. Play your music live
11. Contact music labels

1. Get your music noticed

New artists will find making a record is a long and creative process. Getting your ideas together can be extremely rewarding. Whether that’s on your own or as a collaboration. Bouncing ideas off each other at 4 am in the studio for that new song or writing that definitive hook in the shower is the moment that makes music creation special. So, talk about them. Include them in the album’s notes. Mention them on the radio. Make sure they’re on the record’s press release. Music fans love that stuff. Finding out that the definitive lyric in the chorus that makes your hairs stand on end was thought up over a bucket of KFC will be loved by your fanbase. So make it known and share some behind-the-scenes.

If you have photos or video of the process even better. A rare glimpse into an artist’s world is addictive for music fans.

You’ve released your killer single, it’s on Spotify or other music-streaming sites, and you play it at every show. But how do you get more people to listen?

There are a few key reasons why making a music video and get it on YouTube is so important for an independent artist to get noticed. In today’s digital age, music videos are one of the most effective ways to reach new fans and followers online. A well-made music video can help an artist to stand out from the crowd and gain exposure to a wider audience. Furthermore, a music video can be a great way to connect with fans and give them a deeper insight into an artist’s creative process.

Music videos are extensions of the songs you’re releasing. Even some footage from a few live gigs can work well for this. A well-crafted music video can amplify the song and give it gravitas. Many artists haven’t got the budget for a music video but there is always a solution.

Whether it’s a live stream or pre-recorded show, music fans love a live session. So do one. Especially if you play your top songs. Hearing or seeing you live is a great way for new fans to connect with you. A live version of their favorite song in all its raw exposure is a real treat for true music fans. The energy of a live session is like no other. Give your fans something back and connect with them live.

5. Ask another artist to remix your track

Artists love championing other artists. Getting your track into the hands of another artist to remix can be a surefire way of exposing you to a different audience. St Vincent remixed Beck’s ‘Uneventful Days’ from his 2020 album ‘Hyperspace‘. Swapping it from a synth-like soundscape to a more beat-orientated funk and soul number. Completely changing the track.

If you can approach an artist or band that has a greater presence than you, even better. This is why it’s important to make friends with every band or artist you play with. Because you never know when their musical fame can lift your music industry standing.

Posting on social media seems like an obvious one right? But how do you talk about your new single or album without shoving it in people’s faces? You’ve got to be subtle. Don’t forget twitter and redditYou can go on Twitter or even Reddit. Look for bands or artists you love that people are talking about and join the conversations.

Find social music influencers and get into their line of sight. Look for an in. My personal experience was getting into a conversation with Radio 2 country king Bob Harris. He was talking about Townes Van Zandt and my old band had released a Townes Van Zandt cover. Slipped into the conversation. And we ended up with a live session on his show.

7. Don’t be afraid to do too much, be original and inventive

My old band had a single ‘Kodiak Bear‘. We put bear masks on and wandered the streets of Manchester, UK offering a free download if they scanned a QR Code. Now that’s not just thinking outside the box. That’s stepping outside the box. Setting it on fire and getting a rocket ship to the moon. Don’t be afraid to be inventive.

The Arctic Monkeys invited all their friends to the Boardwalk, Sheffield, and gave their demo away for free. Known as Beneath the Boardwalk the demo was shared and brought the band onto the radar of the music business types.

Every scrap of press coverage, whether it’s a small music blogger review of your album or a full-blown interview in NME. Share it. Share it wide and far. Get the buzz going. Start with indie music blogs and branch out to local venues and promoters. They all have websites with a news section.

Seems like a simple idea. But playing a live show is one way of getting your name out there. Do your research, and find out who the best promoters are in each city and town. And then contact them. Get to know them. Find touring bands that have a similar audience and see if you can get the support slots. From a personal point of view, I had a promoter that would contact me every time a touring alt-country band played. Which gave us some fantastic shows to play in.

Every band wants a record deal. Find bands or artists that are similar to your style and see what labels they’re on. Get in touch with them and find out how you can get signed up. Indie labels don’t have as much kick as the majors but they do have the cool factor. Getting onto an independent music label like Fat Possum Records or Rough Trade can open a lot of doors for your music career.

Artist Biography Example: How to Convince in a Few Lines?

How to promote your music and boost your...

Music merch: bond with your audience while increasing...