Tips and Tricks to Maximize Your Chances of Getting Into Playlists 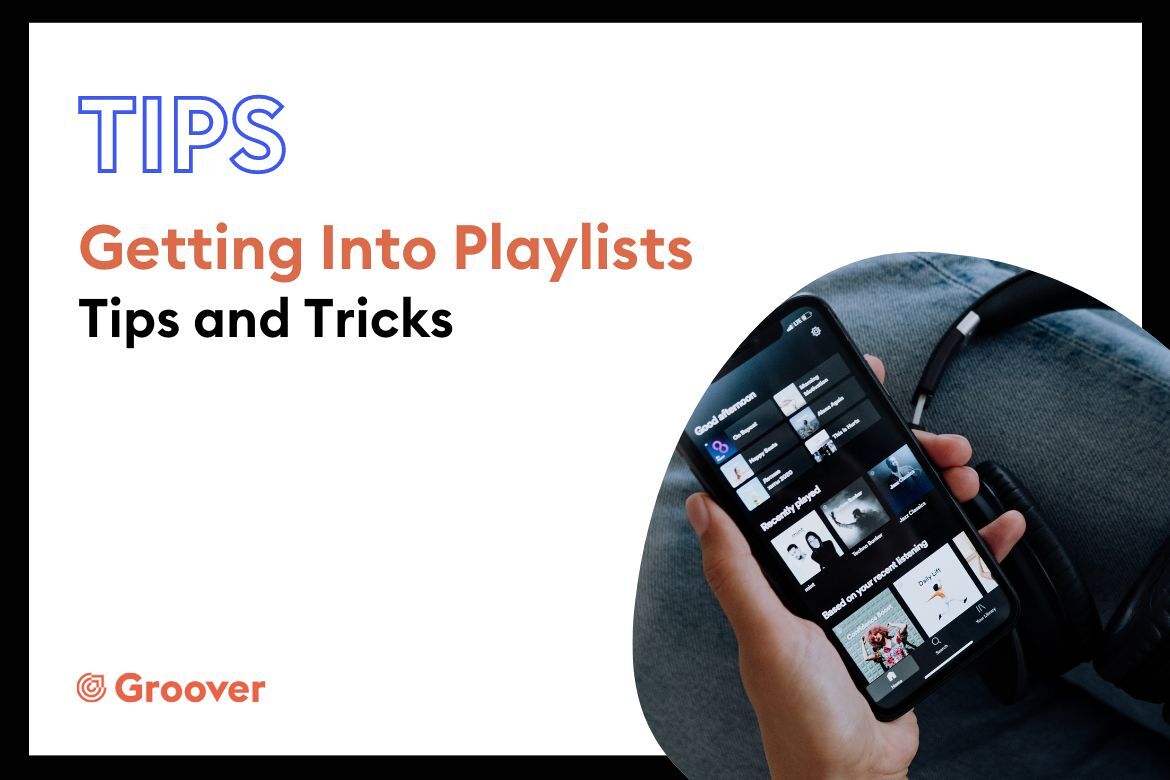 Groover went to meet David Raimbaud, Head of Digital at Wiseband, who today gives you his best advice and tips to optimize your chances of getting into playlists.

As a reminder, Wiseband is a digital distributor that allows both self-produced artists and labels to distribute their music on legal streaming platforms (eg Deezer, Spotify) and download (eg iTunes, Qobuz).

David, how would you advise artists to choose the correct playlists that they would want to get in contact with?

Hello and thank you for the invitation!

To start a playlist strategy, the artist must first know their music very well in order to aim for it. It may sound like a given, but not all rap songs fit in Spotify’s Urban Pop playlist. Each playlist has its own “sound code”. Note that hybrid styles (ex: electro / funk / rock) are more complicated to keep in playlists because they do not clearly fit into a well-defined box. The artist can watch official or third-party playlists in which their similar artists appear. This helps to understand the inner workings of the system.

| Also read: How to get on Spotify playlists? 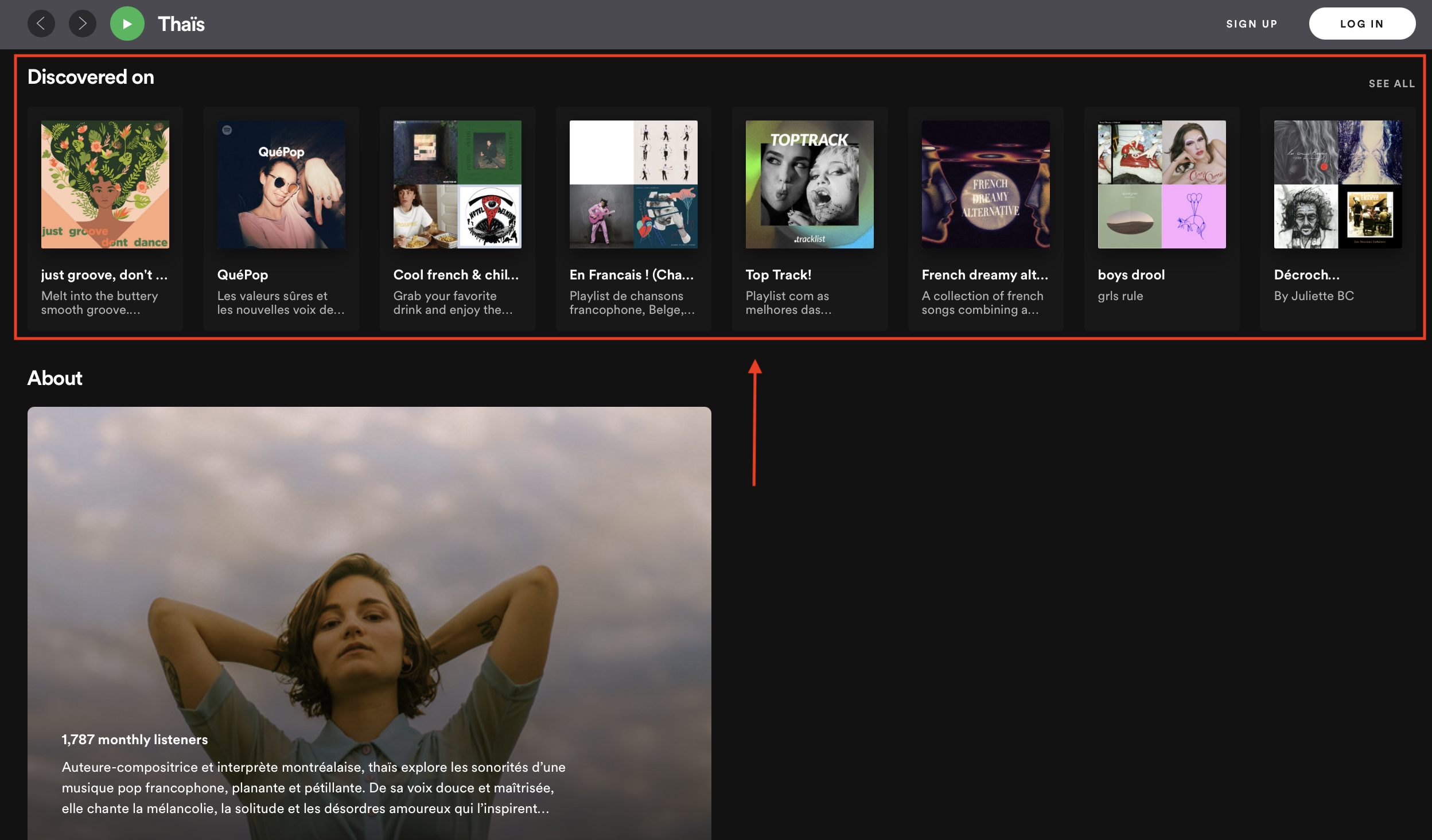 The artist can see which official playlists or third party playlists similar artists appear on Spotify.

What is the difference between official playlists and third party playlists?

With Wiseband, every week we present our new products to platforms (Deezer, Spotify, Apple Music, Napster …) to ensure that our artist’s songs enter official playlists, in other words, the playlists managed directly by streaming platforms. This network is therefore linked to the artist’s distributor.

Third-party playlists are playlists managed by ordinary users who have successfully built a community of listeners.

To give you an example, on a French pop release, Wiseband will focus on editorial playlists such as Actu Chanson or Cocoripop on Deezer, Exception Française on Spotify or Variété Française on Apple Music and the artist can directly contact third-party playlists that they will have found to increase their audience with their song (eg: French Indie on Spotify).

| Check out: How to get more Spotify streams without cheating

Once the choice is made, how can artists contact those playlists?

The artist can still pitch their music on Spotify themselves via the Spotify For Artists app.

For third-party playlists, different influencers can be found here on Groover!

Do you have to be signed to a label to be featured on official playlists?

No and I would say that 60% of our artists in playlists are self-produced.

| Check out: How to get signed by a label when you are an independent artist?

Is there a preferred time or moment that artists should pitch their song to playlists? (Time, day, time frame before the release) ?

The key is to anticipate. In general, I like to have 3 weeks in front of me to properly work on a release.

If you’re releasing a single on Friday, April 23, 2021, the ideal is to put it out at the end of March. This will give you time to launch a communication campaign around your pre-save link.

The pre-save campaign is the most underrated marketing method you can use to promote your next release. Not only does it allow you to start building hype before a release and use the weeks leading up to it more effectively, but it also has a huge impact on how the platforms’ algorithm rates your track.

While it doesn’t directly impact editorial playlists, it does boost the algorithm, and here’s why: campaigns allow fans to allow you to save your new track to their “Liked Songs” collection upon release. Collecting a large number of saves from day one has a positive effect on your immediate release and artificially pushes the algorithm to rank you higher.

More importantly, it helps the algorithm profile your fans and analyze their listening behavior to target a similar audience when recommending your song to more listeners. This is critical because you and your fans are essentially training the algorithm to understand which audience is most likely to like your song and listen to it repeatedly.

| Also read: Pre-Save: A new essential tool for artists to promote their music

What should artists put in their pitch? Are there any elements to focus on? Artist bio, song description, etc.?

Pitches should catch the attention of editors quickly and one should understand the universe of the song in 2/3 lines.

The right questions to ask:

To help you, here is an example of a successful pitch:

With her sensitive writing and her emotional power, Amouë embodies the new voice of French music. Recognized by the public for her collaborations with Kazy Lambist, she is now asserting herself in her solo project. “Tes larmes” is a catchy pop-melancholic ballad where she depicts a break-up in love with her words and a universe of her own. The enchanting melody of the chorus transports us into a bewitching melancholy. Her album will be released in 2021.

If some playlists have already agreed to put their track in, is it in their interest to put this forward as an argument to encourage other platforms or playlisters do so?

This can be an argument if you’re talking to people on the same platform, but if you’re coming to Deezer and saying Spotify pushed the track, that’s not the best strategy.

Getting into multiple third party playlists is a good strategy to get attention from the official playlists.

How should an artist (almost) certainly attract attention to themselves and put more opportunities int heir path?

Make a feat. with Justin Bieber. and/or read this article again.

– Written by David Raimbaud from Wiseband in its original version, translated by Betty Gonzalez Gray –

Upload your music on Groover and get in touch with the best Media, Radio, Labels and professionals of the music industry

Brought to the streaming world in 2014 with Wiseband, I take care of preparing release strategies and pitching artists and record labels at Wiseband to streaming platforms.

How to Use Spotify Canvas to Add Looping...

Success in Music: 7 mistakes to avoid in...