Featuring: Collaborations with Musicians, how do they work ? 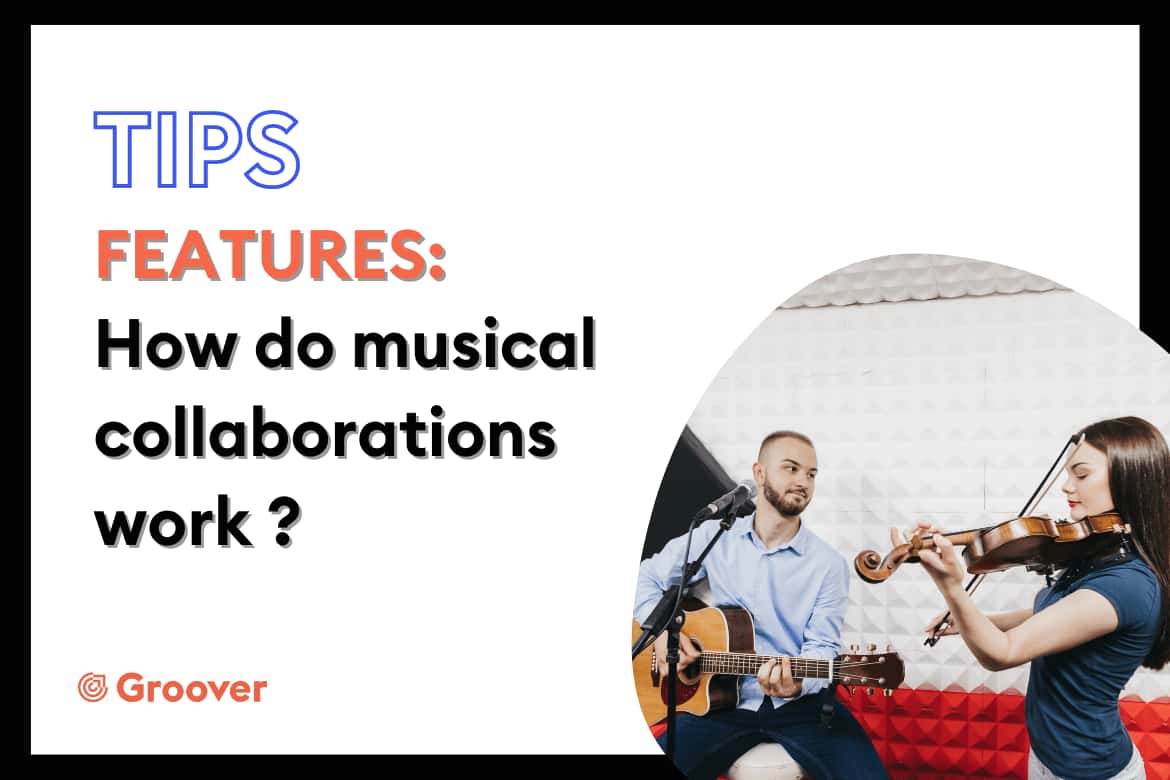 Artists, have you ever thought about teaming up with other musicians to release songs? Featuring can be a great strategic move and great experience. However, it is important to not jump in head first. There are a few things you need to know beforehand, and that’s good, because today we’re explaining it all to you with Groover.

Let’s set the record straight right now: if you thought that artistic collaborations or a “feature” is exclusive for certain artists, you were wrong. Collaboration is common, regardless of the artists’ level of fame. Take as a recent example Jul’s project, Bande Organisée, which brought together at least 50 rappers, all with different levels of fame. Here is the proof that you should not be afraid to propose featurings, even with those you thought untouchable. Because here, more than a question of money (we’ll come back to that later), you have to think in terms of artistic sensibility and audience gain. Now that this old legend is over, let’s focus first on the usefulness of a feature, as well as on the advantages of such an artistic collaboration.

| Also read: How to find an audience for your music project?

The first advantage of featuring concerns your audience. In the case of an artistic collaboration, we can easily identify three examples, and as some of many positive aspects:

| Check out: How to promote your music and boost your visibility

So the next question is: how does one propose a feature to another artist? There’s no point in forking out cash to get an artist to appear on your track. Though this may be the case for some artists, this is not recommended. Some artists have set prices and won’t stray from them however, in the vast majority of artist collaborations are free. It is up to the artist to take part or not. So there is not really a standard technique to maximize your chances to get a feature, except to get in touch with an artist’s team or them directly and share your project/vision, and wait a response. Everything is mainly a question of artistic strategy.

This is an obvious fact, but let’s not forget it: by appearing on another artist’s song, you are providing a ” service “, and there must be money involved from this. To distribute your earnings, there are two possibilities:

| Also read: How to monetize your work as a musician

But how do we measure the gains to pay for these services? There are two aspects to consider here:

Featuring = I give you + You give me…

In smart, for an artistic collaboration to be successful, you must :

Now all you have to do is write your best verse before someone else does. Oh, by the way, on Groover, a whole range of artists are waiting for your suggestions to make good music!

To promote your music, check out Groover

How to attract and create a community on YouTube?

r/listentothis – How to Promote Your Music on this powerful Subreddit?

How to Promote Music without Social Media?

3 tips to optimize your Groover campaign with...