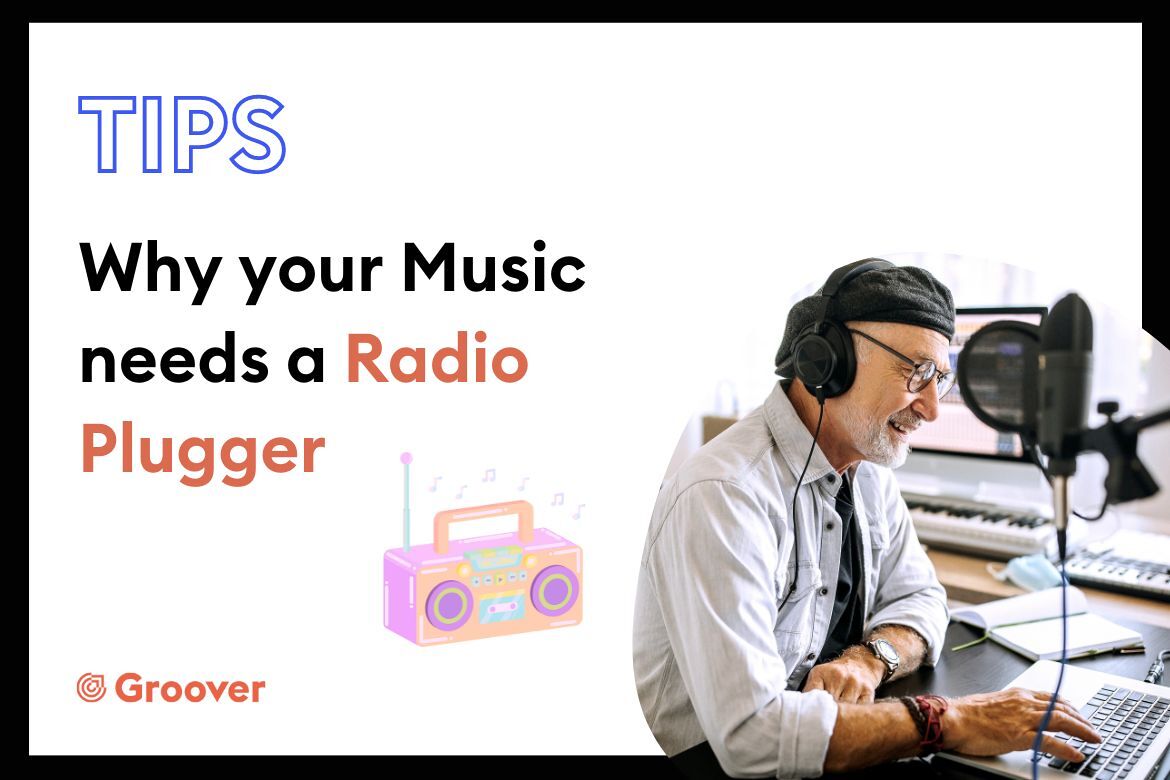 1. What is a Radio Plugger?

A Radio plugger’s role is to promote your music by getting your music played on the radio. A Radio plugger helps select your best radio-friendly songs and brings them to their contacts at various radio stations. They’ll play them and try and persuade the radio station management that this is the perfect song for their station. Radio pluggers will work with different types of radio stations. Some will do regional radio, some will do national radio, and online radio and others will work with big stations such as BBC 6 Music and BBC Radio 2. They might work independently or work for larger music companies.

The radio station will then decide which of their playlists the independent artist will be suitable for. Playlist A will have all the top artists and bands on with their latest and greatest hits. This playlist will be used at prime times such as morning shows and evening slots. A C or D playlist won’t get as much airplay and will be played at odd times of the day. This is where new or undiscovered bands get played.

We spoke to independent radio plugger Jessica Hall from Radioactive promotions based in London, UK. Radioactive productions represent top UK artists including Arctic Monkeys, Noel Gallagher’s High Flying Birds, St. Vincent, and Self Esteem to name a few. Jessica says ‘The typical cost to plug a single in the UK for regional and local radio can cost between £500 to £1000 and even up to £1500 for a more mainstream pop single. Whereas national UK radio such as BBC 1, 2 and 6 Music, Virgin, and Radio X. You could expect to pay up to £3000 for a radio plugger.’

3. What is a radio-friendly song?

Sometimes you just want your 13-minute masterpiece to be played to the masses. Unfortunately, unless you’re one of the biggest bands in the world, it’s unusual that a radio station will allow such lengths. Even if it is your opus magnum. It’s not commercially viable for a radio station to play such long songs. Most radio-friendly songs should be 3 minutes to 3 and half minutes long. What! I hear you say. But my best song is 5 minutes long. Don’t worry, you can remix your song down to a more friendly radio length. Cherry-picking the best parts of the song for radio. That 1-minute guitar solo? Down to 30 secs. For the extended intro, shave off 15 secs. A good producer will help you achieve this without losing the essence of your song.

Sometimes you just want to let rip into your vocals. And occasionally when it works, an occasional expletive is cast out within a song. But if you want your tune to be played on the 5 pm show, you’ve got to change the lyrics. A great example of this is Creep by Radiohead. The album version uses the line ‘You’re so f***ing special’ whereas the radio version changed it to ‘You’re so very special. None of the meaning of the song is lost but now it can be played to the masses. If your music falls into the genre of ‘swearing a lot and you feel that you can’t lose those ‘artistic’ lyrics then you will have more success with independent and more online radio stations that have more relaxed views.

One way to win over your fans is to give them something different on each version. Instead of a 2-minute screaming guitar solo like on the album version, give them 30 seconds of synth madness on your radio edit. Does the album song start with a beat? Change this to a soundscape or lyric. Mixing up the arrangements on your song gives something back to your fans and makes them excited about each version.

4. How can Groover help?

Letting artists and music industry professionals listen to your song through the Groover platform allows them to guide you to make better choices in your song construction. They’ll be able to critique your tunes and advise if it needs to be shorter or longer, whether it needs something like a breakdown or a crescendo. And they can advise on how you can make it more radio-friendly. Check out how to pitch your music to radio stations.

Thanks to Groover, connecting to music industry experts can help your music reach its maximum potential ⬇️

Artist Biography Example: How to Convince in a Few Lines?