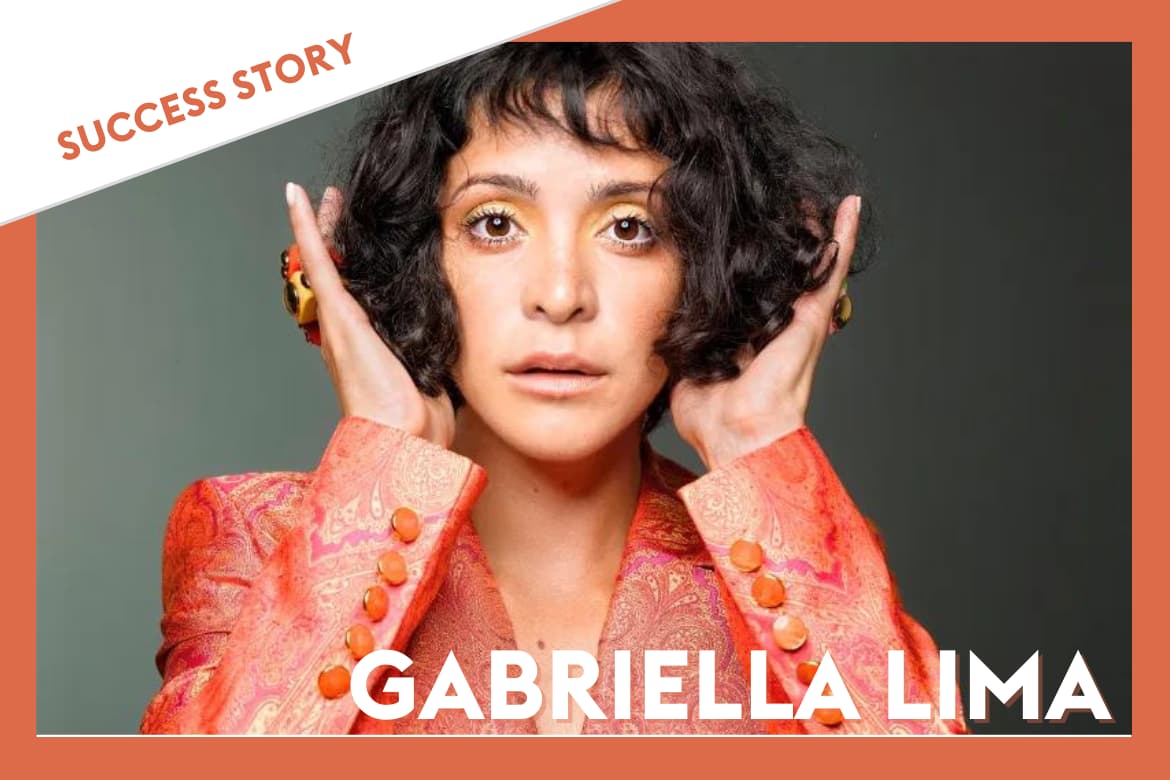 Mixing modern and rhythmic sounds, Gabriella Lima uses MPB (Brazilian Popular Music) roots in her music. The Brazilian artist, who has been living in Paris since 2014, used Groover and got great results. Our team had the pleasure of speaking with her about her musical project and her career.

The platform brings the artist closer to professionals that they normally would not have easy access to. I love it and recommend it!

Gabriella Lima, can you present your musical project to us?

Hello Groover people, I am Gabriella Lima, I was born and raised in São Paulo, but have been living in Paris for the last 7 years. I am an independent artist and in March of this year I released my first album called “Bálsamo”. The album closes the cycle which started with my single “De nós dois” and other singles released during the pandemic. There are 4 unreleased tracks that make a poetic invitation to enter my intimate universe: the search for absolute love, reconstruction, and liberation of oneself.

How was your career born?

My career began unpretentiously in 2012. When I realized that I would feel more complete and happier singing in a bar than working in an office behind a computer as I had done until that point. That year, I left all the certainty and solidity that a high-responsibility position in a multinational company brings and followed my heart by choosing a more volatile path, but much more pleasurable and which corresponded more accurately to my truth: music.

Since then I have sung in bars, restaurants, hotels, created a repertoire and learned to play an instrument that allowed me to explore my creative side and allowed me to  compose my own songs. I moved to France’s capital in 2014, and there I sang as a resident artist in a traditional cabaret in the historic Quartier Latin neighborhood. This experience opened borders for me and I enhanced my craft. After 5 years in this cabaret, already with a certain number of songs written in the early mornings between one performance break and another, I decided to pursue an authorial career. I started to plan, produce and release my first original works, which eventually led to the creation and release of “Bálsamo”.

What are your inspirations and what do you love most about being an artist?

My inspirations are literature specifically, poetry. I always loved Clarice Lispector and reading her books opened my mind a lot. In terms of musical artists, I am very influenced by Brazilian music: Jorge Ben Jor, Gal Costa, Caetano Veloso, Rita Lee, Gilberto Gil, Marina Lima and Elis Regina; they have always been my biggest influences. What I love most about being an artist is that art is one of the few universes where being authentic is a true triumph. And each path is unique, there is no recipe, no fixed protocols, and even less, a false character that will last for a long time. The more you can be you, the more accurate and true your art is. Music brings me this freedom. 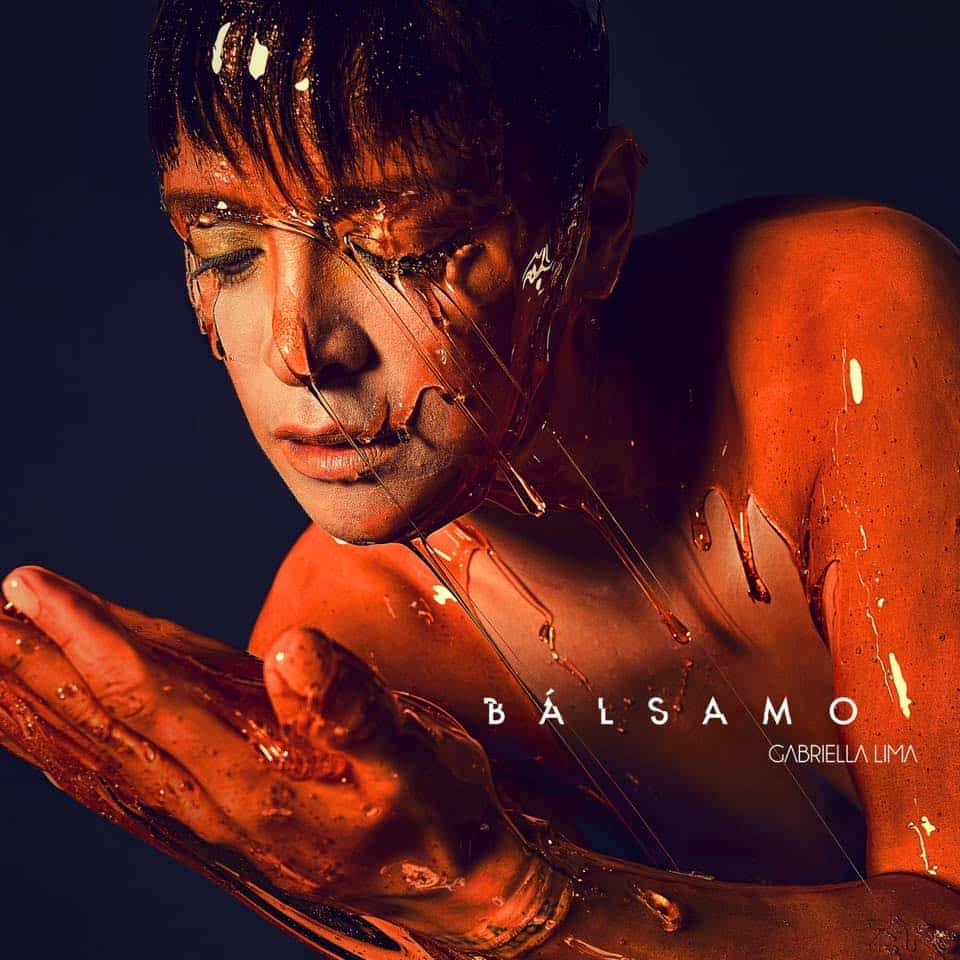 How would you describe a day with Gabriella Lima?

It’s boring for those who are not into routines hahaha I love it! I am crazy about the “To do list” and love to check things off when I finish a task. I like to create a healthy, productive routine and stick to it. Precisely because I am an independent artist with a small audience, I work without pressure and demands from labels, teams or fans. Not having discipline in this scenario is very dangerous and inviting to procrastinate and get lost when you are your own boss. So for me, a routine works. It is a way to make things happen!

After this long introduction, let’s go to my day: I have an introspective morning with meditation, I write a few pages on whatever comes to my mind without any pretension, drink warm water with lemon and read. This is religious, I do it every morning. Then I follow my feelings: I like to study and practice my singing very often, I keep an eye on Instagram, on artists and their releases, and on new ways of communicating with the public to get a little inspiration and to stay up to date with what’s going on. I love series and movies so I always end my day watching something before going to bed. I listen to music and podcasts all day long. I am always connected and I don’t like that, but I accept it and try to live in peace with it.

Gabriella Lima, what are your plans for next year?

To continue composing, release new songs and make partnerships, something I haven’t had the opportunity to do yet and I am dying to create new ones. This record of mine was a very lonely production and I realized how important it is to collaborate with others on the same project. If everything goes right, I will start a concert tour as soon as possible because my happiest moments are on stage.

What advice would you give to young developing artists?

Treat your music, from the beginning, with a lot of respect, dedication, and responsibility. Try to disengage a little from the artistic side once the music is ready, wear the shirt of the boss of your product and work hard and with a lot of love for it. Discipline and lightness always. Allying yourself with the right people is always more interesting than working alone, but also knowing how to work alone is important; because in the beginning of our careers, we don’t always have the chance to have people who believe in us. If you have support, great! If not, know how to move forward alone without getting discouraged and without playing the victim. Every time I saw myself as a victim I got into a not so good vibe. Every time I took ownership of my own life, things happened for me.

| Check out: Low Island gains visibility thanks to Groover 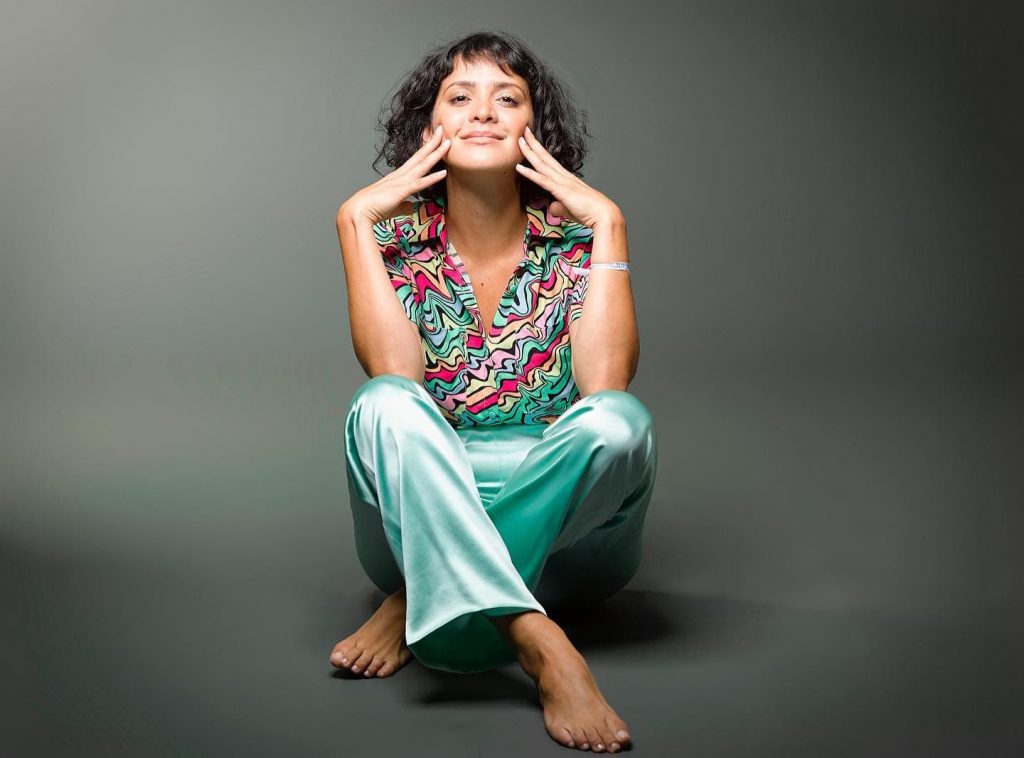 And finally, what did you think of Groover? What did you get out of the platform with your campaign?

Groover was a big surprise for me. I found out about it through a podcast here in France (“Just in tuned”) and I found the interview with the creator of the platform very interesting. The interest came from my need as an independent artist, without press or an agent in France, to find a way to present my first record. I didn’t know anyone here in the field. I thought “I’ll try it,the worst case scenario is they won’t accept my work and I’ll get feedback from those contacts. Also, feedback is always good.” But, I was surprised by the number of people interested and accepting of my music. Mind you, I think the success of my campaign came from the time I spent in filtering the right contacts. The platform had already done a super filter according to the type of music and needs that I previously presented.

Still, since I had a limited budget, I could not afford to send it to all the options. I spent a lot of time going through each contact’s profile to see if my music was in line with their philosophy in order to not “waste” a submission in vain. Based on this very careful selection, I believe I made the right choices and had great results.

I had so many responses! I wish I would have received more feedback from the french market, but I had more positive results in Brazil which, I believe, is because of the language and the type of music, or maybe I did not make a good selection of contacts from France. The platform brings the artist closer to professionals that they normally wouldn’t have easy access to. I love it and recommend it!

Send your music to influencers and gain more visibility with Groover!

How to get signed by a label when you are an independent artist?

iMusician, the Digital Music Distributor to sell, manage and monetize your music