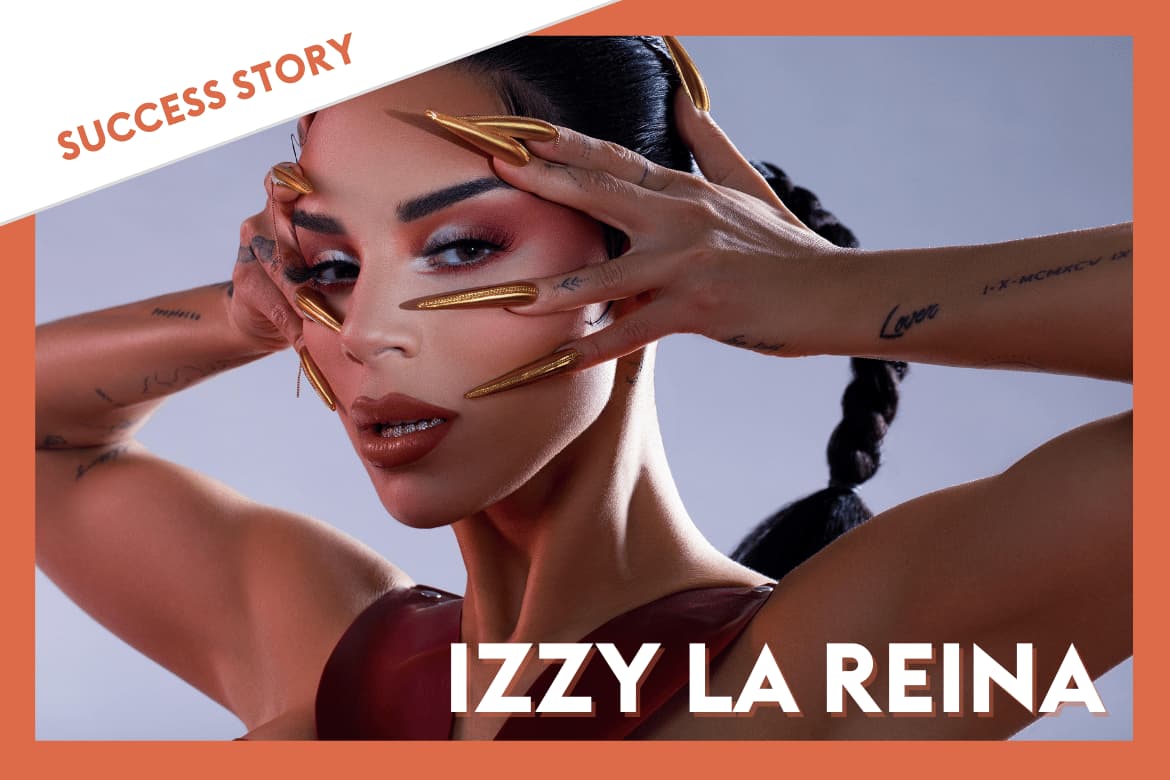 Izzy La Reina is an artist of many colors: influenced by gospel, the artist believes in full dedication to music and in the fusion of musical genres for the development of an authorial musical career. Groover had the pleasure to talk to Izzy about her career and the release of her first single “Diabla”. She revealed to us that future releases are already written down in her agenda. In addition, Izzy La Reina also told us about her experience using Groover, which has served as an innovative and important tool for promoting her work.

Groover is an essential tool for new artists, but it is also essential for artists who wish to expand their work into new markets.”

1. Izzy La Reina, for those who don’t know you, how would you present yourself as an artist and describe your style of music?

I consider myself a versatile artist. I look for inspiration in various movements and cultures. My influences consists of R&B, soul, jazz, MPB, and also Latin music. I believe that we, as music artists, can seek the best in each genre and make a mix of what is most interesting among them. Besides the versatility that I seek, I am an extremely hard worker. I believe that in the recipe of an artist there must be something beyond talent; success requires a lot of dedication.

Talking about my style of music, I like to say that I have strive to achieve the timbre and vocal range of black music, but with the rhythm and bounce of Latin music and including a visual identity of mainstream pop music. Quite a mix, huh? haha.

| Check out: Viratempo promotes a new project internationally thanks to Groover

2. Can you tell us a little about your trajectory from the beginning of your career to the present day?

Of course, this is one of my favorite topics to talk about. I started my career in music very early. When I was 8 years old, I started singing with my father in churches and Christian events. My father is a musician, composer, and pastor. My mother, in turn, is a singing teacher so, it was a bit impossible to escape the world of music. We lived in Brazil, until the moment came when my father went to work in a church in the Bay Area, California. There, at the age of 14, I fell in love with American culture. 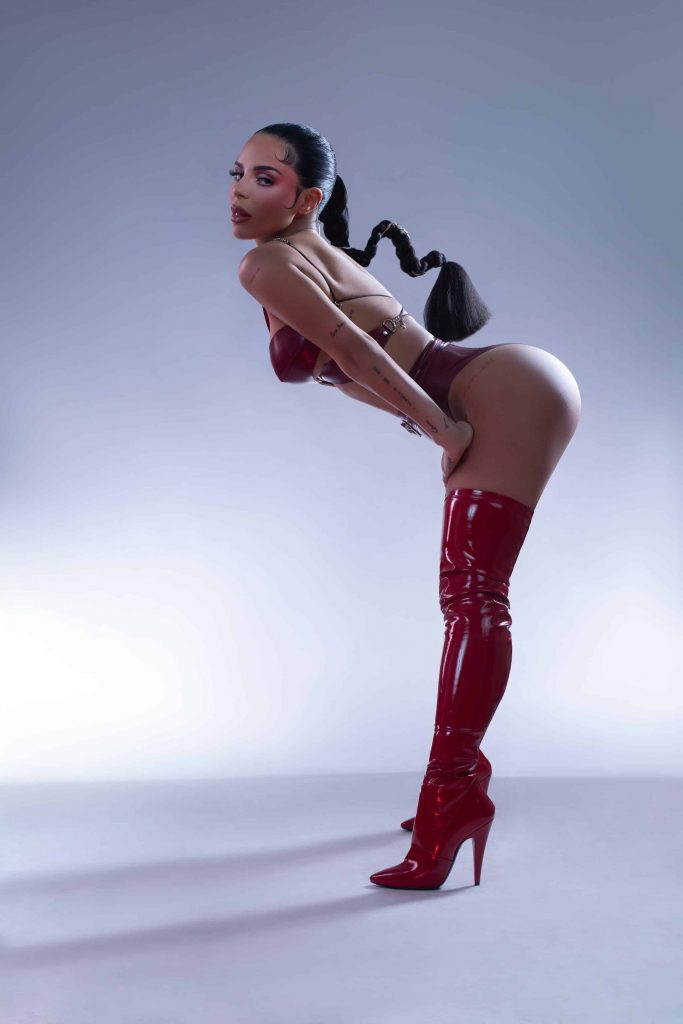 When I returned to Brazil, I signed with a local record label (Som Livre) and continued doing Christian events, leading an all-female band. It was a very important period of my life where I learned a lot, I was even nominated for the “troféu promessas” as a revelation artist. At the time, this trophy was one of the biggest awards for gospel music in Brazil.

Although it was a great start, I always knew what I really wanted, and working only in the gospel world was not an option. It was for this reason that in 2015 I decided to move back to the United States. I dropped everything in Brazil and arrived in Los Angeles with nothing (literally). As soon as I arrived, I started performing in all kinds of places and, little by little, I was gaining followers and drawing the attention of some people in the music business. This attention earned me some collaborations, and one of them was with the renowned producer “London on da track”.

In 2019, I got my first contract and started working with TMG Records, my current label. We’ve been working ever since, recording non-stop, and we’re just getting started. There is a lot of content to be worked on ahead and I hope you guys keep following along with me.

3. If Izzy La Reina had to be summed up in 3 words, what would they be?

| Check out: How to make your music known on Youtube?

4. You have just made the official release of your first single “Diabla”. Can you tell us a little more about the song and what it means?

Many people are scared by the name, but this expression has a very cool meaning. Diabla is a word used in some Spanish speaking countries to define an empowered woman. When a woman does not allow herself to be dominated, or is indomitable, and is not shaken by the barriers imposed by the patriarchy, this woman is a “diabla”. It is also common for men to call a woman a “diabla” when she makes one of them suffer haha. The song brings exactly this idea to the table, the idea of a woman who gives direction to a relationship and hypnotizes men with her postures.

5. Recently, on your social media, you thanked your new audience that started to follow you after the release of “Diabla”. How has the positive reception of your first single been for you?

I have no words to describe this moment. I have always believed in myself, my work, and the people who work with me, but I didn’t know that the reception of the first single would be so positive and that the numbers would go up so fast. I have received many messages of support, from people who have become fans and from friends from the past who are amazed at my development. This is very gratifying.

| Check out: 10 things you need to know about online music distribution

Seeing my work and my person become a reference for some people only makes me want to deliver more of myself. This motivates me and I hope people will have the patience to follow my next releases.

6. What can we expect from you after this first single? What are your plans for the future?

I will have more releases in the coming months and I will also tell a little more of my story through audiovisual content. You will be able to listen to my music and get to know me better. You can also expect a lot of latin dancing, a lot of amazing clips, and some promising collaborations haha (spoiler).

7. Recently, you made a campaign on Groover with “Diabla”. What was using the platform to promote your work like? What were some positive aspects of the process that you found?

The experience with Groover was amazing. The platform allows us to scale a job that was previously an “antsy” job. It’s amazing to hear feedback from different points of view, plus the outreach as an extra point. Groover is essential for new artists, but it’s also essential for artists who want to expand into new market. 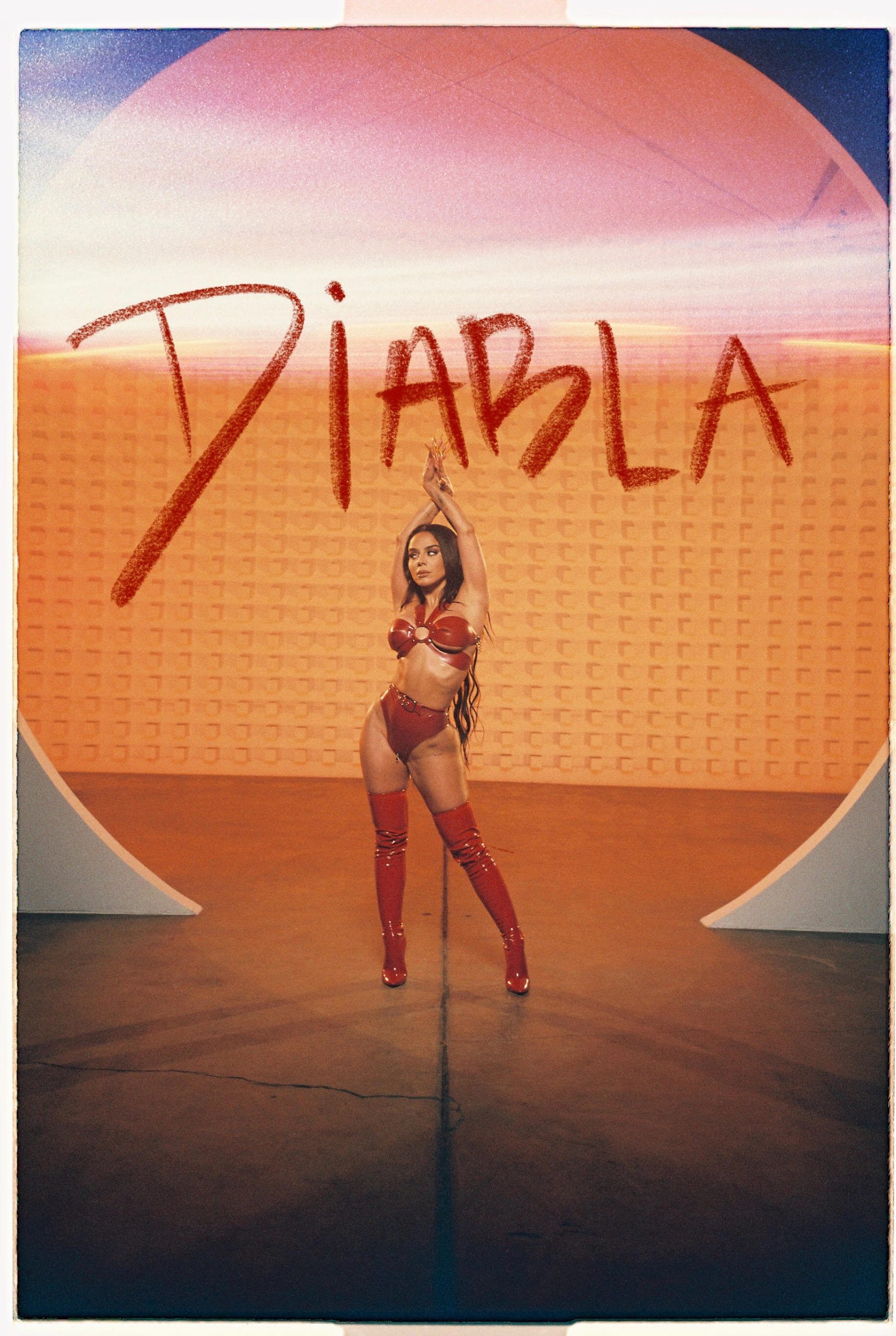 – Interviewed by Thiago Cyrino and Translated by Betty Gonzalez Gray-

Send your music to the best curators and professionals in the music business using Groover!

Tommy Lunaire featured in an Electro Posé playlist thanks to Groover

Recording Contract: what to expect and what to avoid!