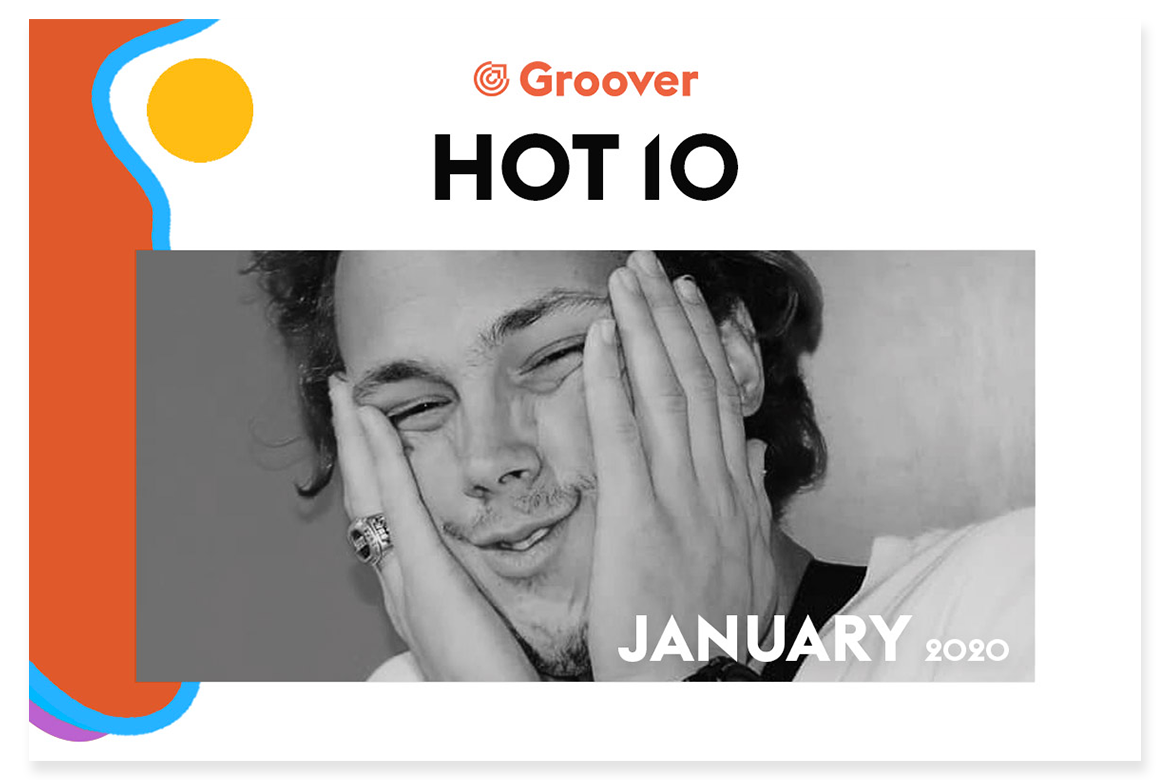 The 24 year-old rapper Mike SB brings the Florida Sun everywhere with him. On Mangos, he skillfully juggles between hiphop and reggae, sunny productions and touches of bossa nova.

With Seven Wild Horses, Nikolaj Grandjean reveals a masterpiece from his future EP. His expressive voice melts perfectly with the lo-fi production of this indie folk song. The Danish musician invites us in a universe which makes us both want to curl up by the chimney fire and to dance.

The new alien from Cracki Records Antonin Appaix brings us his positive and luminous energy. Grand Gobi bewitches us with its hybrid pop tones and its dreamy melody.

With a flow and productions which remind us of Lomepal, FGFIVE stands out with the sensitivity of his lyrics, both punchy and moving. The authentic French rapper/singer tells about his reality with brilliance. His first album to be released this year could push him among the greatest.

Last Hours of Happiness is a dual electro-pop track which brings us both intense joy and underlying melancholy. A jewel by Ry which will probably make you move like a wave until the end of the night.

Jaye strikes hard with his first single Tomorrow, a joyful and decadent anthem in which he acts as a sad clown, like Todd Philips’ Joker. If the track seems light at the beginning, the rapper from Singapore uses hiphop to put the much more serious topic of mental illness in the spotlight.

Aged 21, the new sensation from the New Zealand jazz scene Arjuna Oakes doesn’t hesitate to push the frontiers of the genre beyond. On Old School Heart, he brilliantly and delicately mixes his soul, jazz and r’n’b influences with his crooner but still modern voice.

The music collective from Lyon l’Animalerie strikes again with this new song by Nedelko, in collaboration with Oster Lapwass and Lucio Bukowski. In Dolomiti, we recognize easily the fingerprint of the beatmaker, with again a high quality production, both original and captivating. The song is magnified by the flow of the two MCs and lyrics that stick to the mind.

Dune – Under The Rain

The French duet Dune makes us dive in its pleasing synthpop with British influences. Under the Rain is with no doubt a sophisticated and almost retro pop jewel with a deeply refreshing melody. An invitation full of promises.

The Flower Pistils – Children of The Endtimes

The Flower Pistils tells us with Children of the Endtimes a folk and ecological fable. The beautiful harmony of the voices of Micah and Emma support an hypnotizing ballad on a more than current theme.

See you in the beginning of February for the next Hot 10 by Groover. In the meantime, discover the previous Hot 10 as well as all our playlists here.

Musical Metadata: How to master the stats perfectly in the streaming era