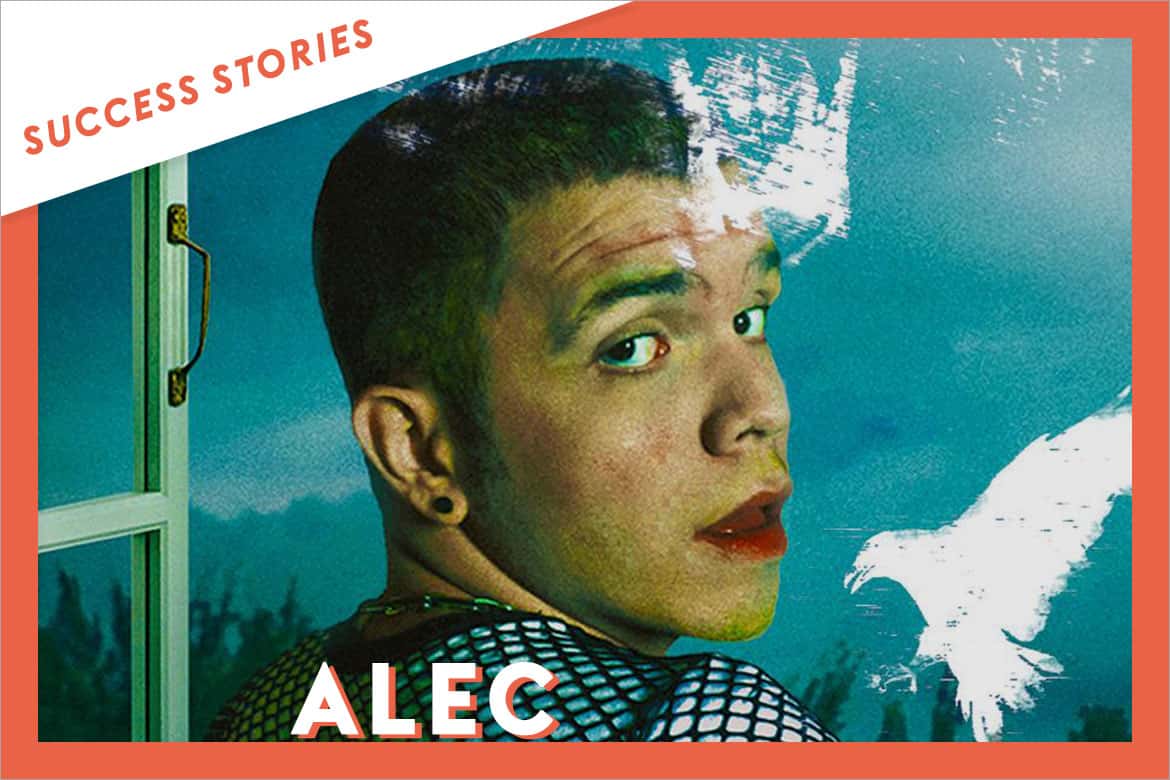 We’ve met with Álec, a singer, composer and producer from Brazil. Besides having a charismatic voice as powerful as it is sensitive and in perfect harmony with the message he conveys, his production is also super interesting. After having sent his song on Groover, Álec has been included in the edition #19 of Rolling Stone Brasil’s HOTLIST, which lists the 33 best national releases of the week!

Groover is a very important platform to artists, especially the young ones that need help to be seen. Groover makes it easy for the artists to communicate with people who can help and say something professional about their work. It’s an important bridge and I am very grateful to have discovered this platform.

Álec, you’re part of the 19th edition of Rolling Stone Brasil’s HOTLIST, it’s amazing, congratulations! Can you tell us a little bit about how you got here and how you feel about this news?

In 2020, as a brazilian independent music artist, I started to write ideas and scripts to expose my work. A journalist friend of mine, Lucas, offered to work with me as a press manager and helped me send emails to some listed presses. In this process he found Groover and subscribed me to the platform. So he sent ‘Pandemônio’, my debut song, to the editor of Rolling Stone. The editor then liked the song and we talked about it by email. He was very kind and offered an opportunity to appear on Rolling Stone’s Hotlist. He wrote amazing things about the song and it was magical to me, in the beginning of my career, to receive this incredible feedback from Rolling Stone. It was an unbelievable experience!

And your musical project, how was it born?

I’ve been the type of guy who has self-esteem problems since I was a little child. I’ve always loved making music but it was hard to know I was capable of showing my voice to the world and be proud about it. I learned to produce about 3 years ago and last year, after saving some money, I finally started to buy my own professional stuff to cook my beats. I started to make my EP about 7 months ago with the idea of show a bit of how I see the world around me, my stories, my personality, my feelings, my messages and invite the listeners into my world. ‘Pandemônio’ is the first song of the project.

How would you describe your music? What are your inspirations?

My music is a mix of feelings, perspectives and genres with the goal of communicating something to those who are listening to it. I like to experience new things, things that inspire me and although I like to have pop as a base of my work, I usually search for this type of experimental sounds in pop music and bring it to my work. Lorde is a big inspiration because of that, Rosalía too, Stromae… these artists always bring something emotional, strong and new to the table and I love that.

What do you love most about making music ?

I grew up, I failed, I won, I cried and I danced with music around me, it’s part of my life. Music is like magic, and although in my country it’s very difficult to have support when you work with art, I love to create rhythms like potions, words like spells, express myself like explosions and make some little difference in someone’s day.

Can you tell us the story of your song “Pandemônio”?

‘Pandemônio’ is a song about how I was dealing with anxiety in all forms. I wrote it in a day, in quarantine, when I felt tired of all the bad feelings I was feeling, it seemed
like the world was on fire, and inside of me as well. So I made a song about explosion, about dancing as a catharsis process, about singing to forget everything around me. Even the instrumental is chaotic. I made it as a form of “screaming your feelings”.

Álec, what are your plans for the coming year?

I’m planning to put more songs in the world, a project, an EP. Actually I am in the end of the process, i can’t give a date yet, but I can tell it will come this year. I’m working to spread ‘Pandemônio’ too, making other ideas and putting them in practice. It is the beginning of everything so I’m very excited and very busy.

I’m a young artist starting a career too, so I’m not in the position to give big advice, but what I can say is: do your work, it’s hard but do it real, feel the process, don’t give up. I’m trying to do everything I just said too so you’re not alone.

And finally, what do you think about Groover ?

Groover is a very important platform to artists, especially the young ones that need help to be seen. Groover makes it easy for the artists to communicate with people who can help and say something professional about their work. It’s an important bridge and I am very grateful to have discovered this platform.

If you also want to gain visibility, try groover now 🌟