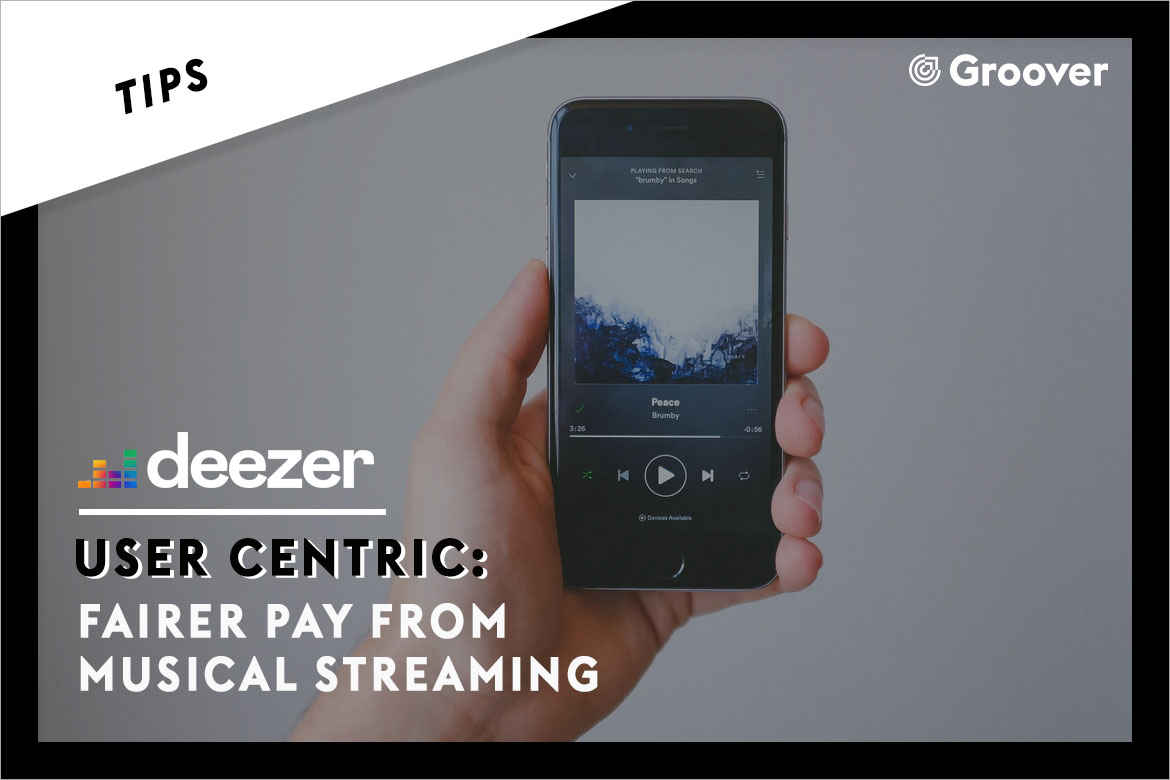 Streaming, the undisputed king of the music market

It is no secret that streaming has taken a prominent place in the global music market, outpacing the sale of physical media. According to the figures of the very serious SNEP (The National Syndicate of Phonographic Publishing), in France in 2018, streaming represented 335 million euros of the total market of 735 million, against “only” 256 million for physical sales. An upward trend, between 2017 and 2018, streaming increased by 19% while physical media sales declined by 15% in the market:

“In 2018, the share of digital operations largely exceeded 50% of annual revenue in France. They became the primary source of income for the market.” 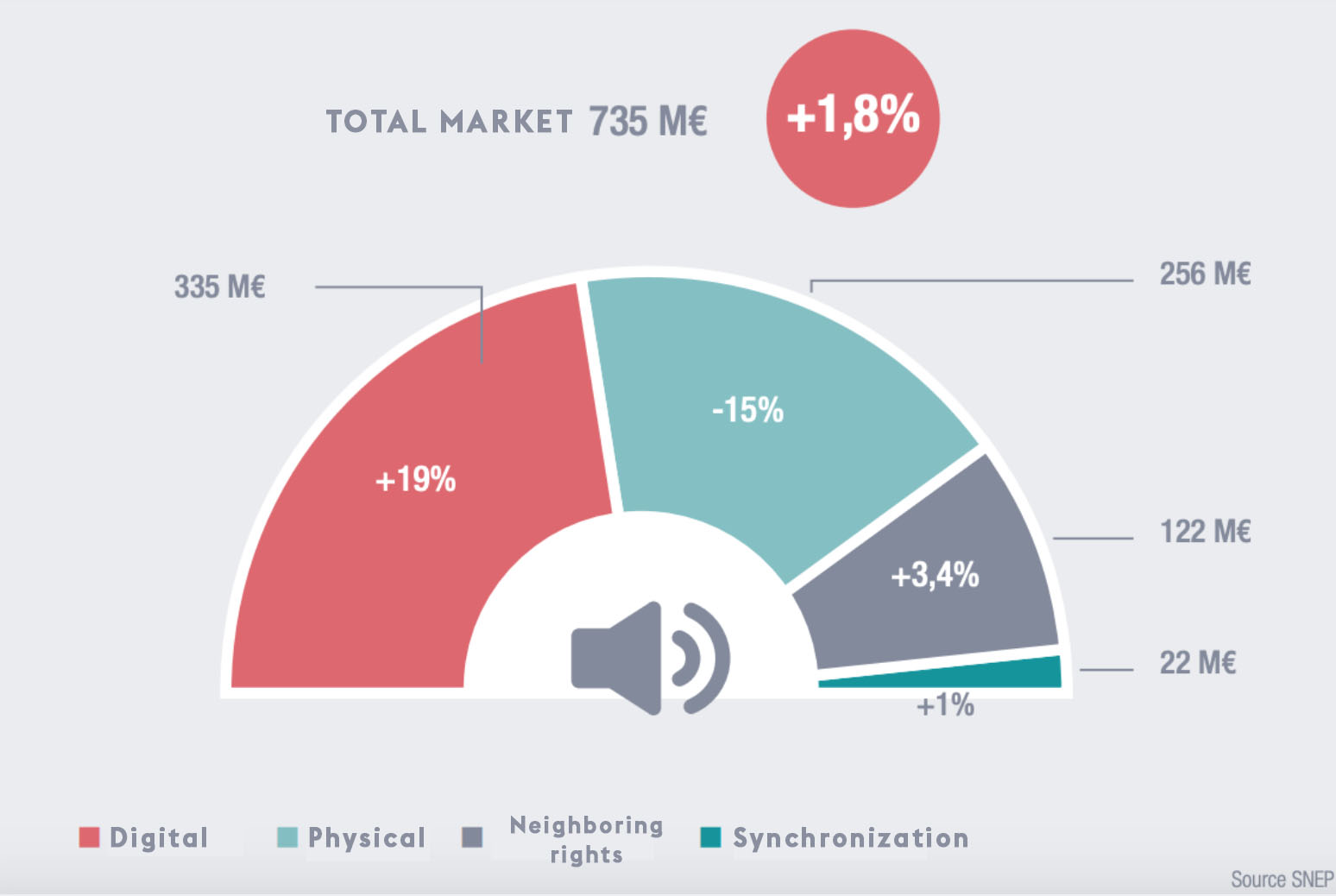 Revenue distribution from a streaming subscription of 9.99

But streaming is not yet a total victory; like any rapid change, streaming is far from perfect. The distribution of streaming revenues (freemium and premium) has often been criticized, and rightly so. The prevailing model is based on two sources of income: the freemium, which consists of listening to music “free of charge” on condition that you get commercial breaks, and the premium, which simply corresponds to a paid subscription. We are therefore entitled to ask ourselves the question: to whom does the money go? And the answer is complex.

In April 2018, Spotify went public with a capitalization of $18 billion at the end of 2018. However, in 2013 (already!) Thom Yorke was twitching: “Make no mistake, the new artists you discover on Spotify will not be paid. Meanwhile, shareholders will soon be rolling in gold” and in 2015 Taylor Swift asked the platform to withdraw its online discography, saying, “I don’t want my work to contribute to an experience that doesn’t fairly reward authors and artists.” In 2017, it was the turn of the Union of Independent French Phonographic Producers (UPFI) to call out a system that contributed to “crushing the remuneration of most of the titles that did not appear at the top of the pyramid”.

To see more clearly, it is a question of identifying all the beneficiaries: artists, but also labels and all those involved in phonographic production. According to ADAMI, for a subscription at €9.99 per month, €0.46 goes to artists, €6.54 to intermediaries (producers and streaming platforms), €1 for copyright and €1.99 for the state. To earn €100, an artist must be streamed 250,000 times via paid subscription plays, and up to 1,000,000 times in the free version! Earning a living through streaming therefore seems to be reserved for a handful of superstars who blow up the numbers. A system that replicates the vicious circle of major-money-investment vs. indie-diy is already in place before the Internet era. And to think we believed in a revolution.

User Centric vs. Data Centric, towards a more fair and direct distribution

It is therefore understandable why some artists have difficulty benefiting from a piece of the cake. To simplify (by removing the share of intermediaries), out of the €10 paid to the platform, the distribution is based on the percentage of global streams, not just the personal tastes of the user who pays. If Billie Eilish represents 70% of the streams on Spotify, and Molly Nilsson 0.01%, then the Billie Eilish distribution will receive €7 and Molly Nilsson €0.01, even if the user in question does not listen to Billie Eilish once. This way of doing things has been called into question for several years, especially by the indie labels- the historic underdogs.

So that’s where Deezer comes in to reverse the trend. In September 2019, the French streaming platform announced their offer to distribute income based on the tastes (and listening) of its users. A more direct model, which seems to have only benefits:

Already supported by the UPFI, the managers’ union, the Idol and Believe distribution services and Because, this model paves the way for a new era of streaming, for both fans and artists of indie and/or underground music alike. It remains to be seen how the user centric payment system will be sustainable. To be continued!

Multiply your chances of being streamed and paid!

Send your tracks to the media & professionals of your choice on Groover, with guaranteed feedback!

Mackenzie Leighton is an indie-folk musician and editorial content writer originally from the Northeast United States. She has called Paris home since 2017, and is releasing a mini album with the French label Poésie Poésie in Spring 2020. Catch her at her next show in Paris! Main influences: Julia Jacklin, Devendra Banhart, Andy Shauf, Angel Olsen.

Find an audience for your music: 7 tips for musicians to boost your visibility

How to get signed by a label when...

How to use Spotify for Artists to develop...