Why get onto independent Spotify playlists to boost your music streams ? 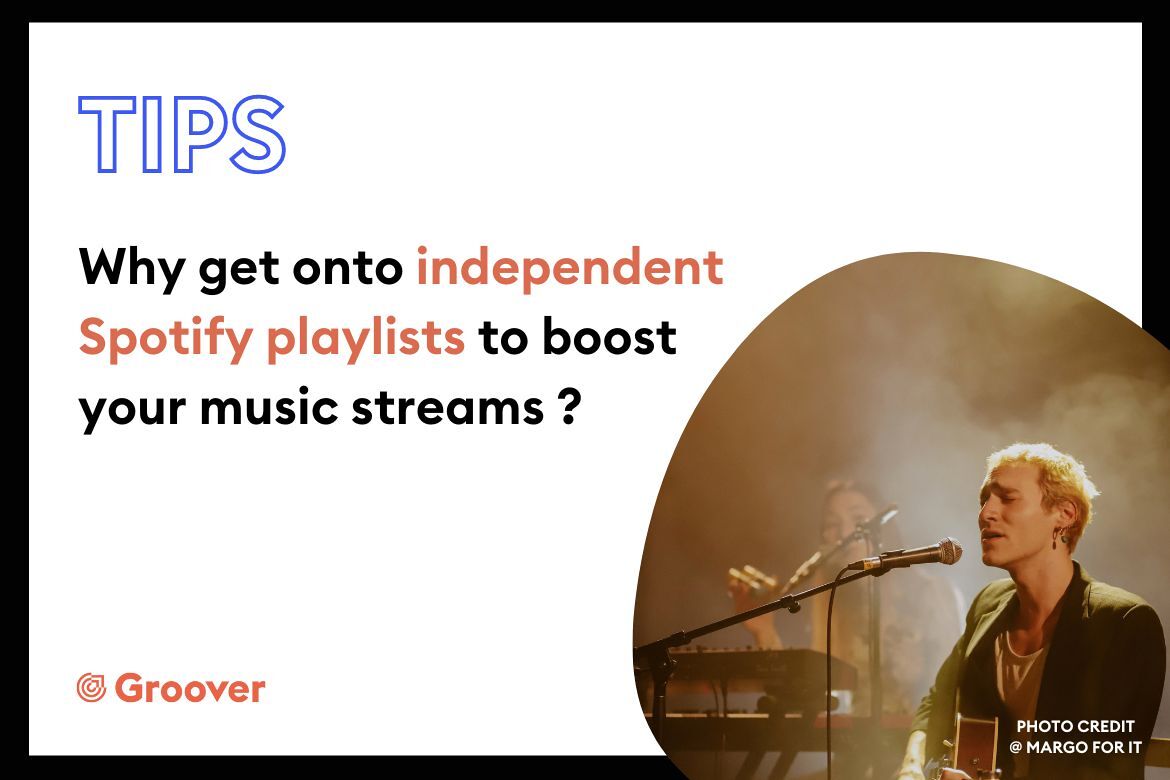 Independent Spotify playlists, third party playlists, user-generated playlists… All those terms you’ve probably heard at some point in your life and don’t know how to use at your benefit. They almost all answer the same question: how can you make sure someone else than your mum and your dog are going to listen to your music? Finding people to listen to your music is the most important thing for any independent musician who wants to get their music heard. It’s very difficult to do so when you don’t understand how the music industry and the streaming platforms’ algorithms work. You’ve probably been told that it’s important to get into Spotify playlists, Deezer playlists or Apple Music playlists… But do you really understand the impact that these playlists can have on your music and your streams? In this article we’ll show you how playlists can impact your streams, especially independent Spotify playlists, also called third party playlists, which are the most accessible for independent artists.

To help you understand what third party playlists can do for you as an independent artist, we prepared a case study based on a Groover artist. As a reminder, Groover is a music promotion platform that allows musicians to connect with playlist curators, media, radio stations and music industry professionals (such as labels, publishers, bookers, etc.) – with guaranteed listening and feedback within 7 days. With our Groover Obsessions support program, we use our own tools and expertise in music promotion to help artists get their music out there, and we’ll show you the impact this has had on Mathieu Saïkaly’s streams.

1. Third party playlists : what are they?

Here comes the calculation: if editorial and algorithmic playlists seem “closed” to you, as it can be the case for many indie musicians, you still have a potential access to user-generated playlists to increase your visibility on those platforms. In order to enter the algorithmic playlists, the algorithms of streaming platforms such as Spotify analyze your data: the number of monthly subscribers, the number of streams on this track, the number of playlist entries… All this data allows the algorithm to evaluate if your music appeals to listeners. However, the curators of editorial playlists also take few risks: editorial playlists are mainly made up of artists who are signed to a label, or who have already managed to generate substantial stream figures, proving the public’s interest in their music. You got it: whatever happens, you have to flatter the algorithms of the platforms and generate streams. Thanks to the statistics provided by Groover, we’ll prove to you the impact of third party playlists in achieving this goal of showing organic growth for your project.

Let’s get right into it. More than the raw number of streams on your track, the platforms’ algorithms value the number of monthly listeners per month and the strength of an artist’s stream growth. So, if you make 20,000 streams in February, but 1,200 in March, the algorithm could consider that you are less interesting than an artist who makes 4,000 streams in February and 6,500 in March. Spotify values growth. In fact, it makes sense: if your music is sustainable and has a strong appeal, people will share it with each other and keep listening to it in an organic way. That’s what an upward curve indicates, while a downward curve indicates that people forget about you.

If we take the example of Mathieu Saïkaly. To promote the track Neptune, Groover Obsessions & Mathieu used Groover to contact third party playlists. Out of 157 pieces of feedback obtained, they got 86 acceptances: more than half of the third party playlist curators, radios or media have integrated Neptune in their selections and playlists on Spotify, Apple Music or Deezer. As a result, in just 1 month, Mathieu’s monthly listeners have increased by 33%. His previous track, Respirations #1, recorded 6,582 streams in 9 months on Spotify. For Neptune, Mathieu recorded 10,961 streams in just 1 month on Spotify thanks to the promotion done through Groover.

Among these streams, 799 came from the playlist Longing Dance which has 1587 likes on Spotify.. That means that the playlist generated more than half as many streams as her listeners: that’s a huge engagement level and a very good sign for the algorithms! In total, Neptune was featured in 302 playlists in 1 month and the major playlists were almost all reached through the Groover campaign.

And the story is not finished, with his next release in French – Pourquoi tu me dis je t’aime – Mathieu Saïkaly landed the great Spotify editorial playlist Exception Française. His growing audience, number of monthly listeners and third party playlist presence have played a great role in this achievement! Getting into third party playlists can definitely help you get in the ears of the editorial teams at Spotify and other digital streaming platforms.

3. How getting into independent Spotify playlists help create a “snowball effect”?

There were few doubts, but now it’s obvious: integrating third-party playlists has a huge impact on your streams and visibility on streaming platforms like Spotify, Apple Music or Deezer. So far, we’ve only mentioned the most important statistics: growth and monthly listeners. But as you can imagine, other data is valued by the algorithms of the streaming platforms: the number of subscribers, the listening time, the origin of the listeners… And all this data is precisely very impacted by third party playlist integrations.

Let’s have a closer look at Mathieu Saïkaly and his music promotion campaign on Groover. Before the release of the track and the Groover campaign, the French artist had 3,687 subscribers on Spotify. One month later, he has 3,808, that is 121 more people who will receive his music directly on Spotify! Thanks to these subscriptions, his music will often be suggested to relevant listeners and with each new track, he can easily enter the algorithmic “Release Radar” playlist of Spotify users. And this is probably one of the most important playlists on the Spotify streaming platform, since this playlist is likely to be very well matched to the tastes of listeners. Getting more followers is one of the best ways to prove that a listener liked the track: they hear it in a playlist, like it, go to the artist’s profile and subscribe to it to stay up to date with the artist’s news. The perfect new fan path!

Yes, getting into one playlist can lead to another playlist! Indeed, with his music promotion campaign made on Groover, Mathieu Saïkaly got 86 acceptances for his song Neptune, including radio and media outlets. Yet, the track was integrated in more than 300 third party playlists in the first month, as a ripple effect! In fact, beyond subscriptions, users who like your track after discovering it in a user generated playlist on Spotify or other streaming platforms can add it to their own personal playlists! They may not be followed by many people, but they still inform the algorithms of the streaming platforms that they like your music and want to listen to it again and again.

Flashback, the goal was to have more people than your mum and dog listening to your music right? Getting into independent playlists is a huge boost for a musician to get noticed on streaming platforms like Spotify, Apple Music or Deezer. As you can see, they had a very positive effect on Mathieu Saïkaly’s track Neptune. With Groover, you too can contact a large number of playlist curators to find your audience.

How to attract and create a community on YouTube?

How to Book Your Own Tour as an...

10 tips to optimize your Bandcamp and make...