WARM, the innovative platform to monitor your radio airplays in the world 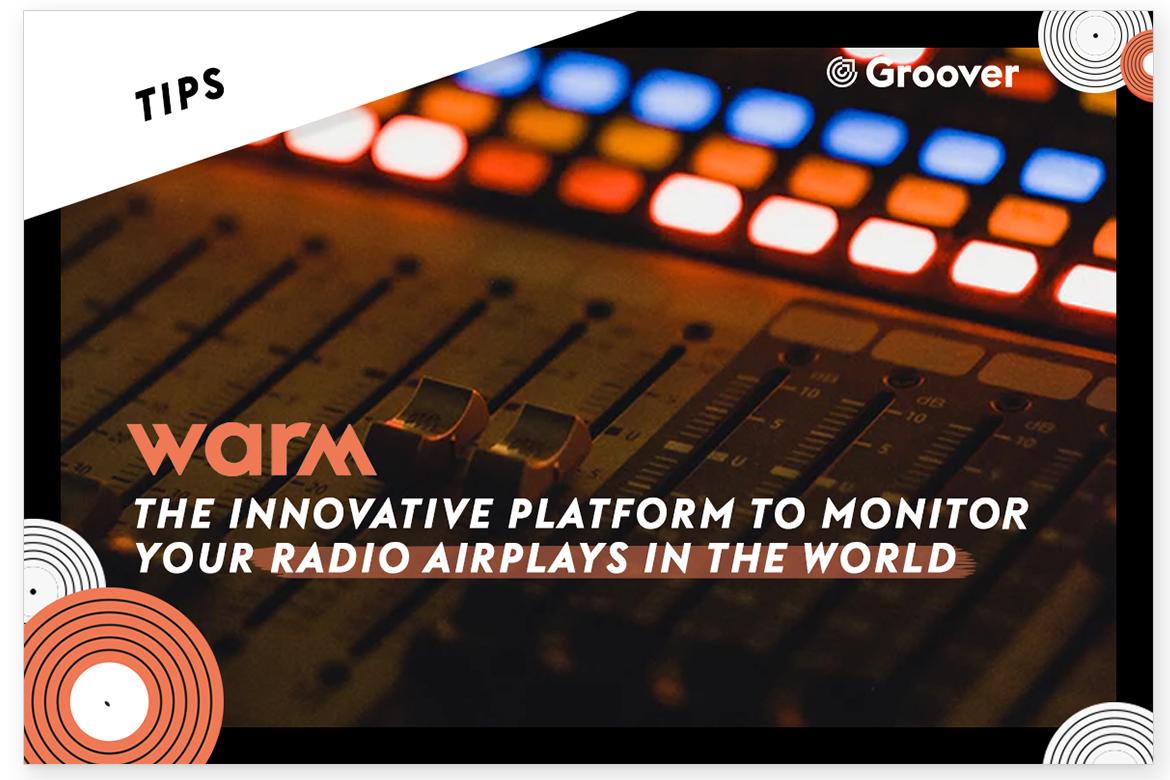 As we stated in a previous article, radio is still a very influential broadcasting channel. Especially, it remains a great way for music lovers to discover new artists. Only downside: it is very difficult for artists or their representatives to accurately track the airplays of their songs. For each problem there is a solution. And the answer here has a name: WARM.

Data analysis is crucial for artists and music producers today. From social media to YouTube views and streaming plays, data play a key role in the process of identifying your fans, their behavior and their location. To fill this gap for radio, WARM (for “World Airplay Radio Monitor”) offers the largest radio monitor service that helps artists, managers, producers and bookers track the broadcast of their tunes around the world.

We were tired of the disconnection between artists, labels and radio stations. So we created WARM – a powerful software program monitoring radio airplays of any song everywhere in the world using audio fingerprint technology.

Initially an artist manager, WARM founder Jesper Skibsby explained in an interview for Next In Music that the idea came up to him when he was watching the airplays data of one of his bands. He then realized with amazement that a Polish radio station regularly played one of their songs, while the whole promotion was focused only on Denmark. After the label refused to extend the promotion field to Poland, Jesper Skibsby took the case in hand and himself sent new tracks to this radio.

WARM is officially launched in April 2017 with the intention of helping the independent sphere of the music industry. Like Shazam, WARM uses an advanced technology system based on the digital footprint of the audio track. According to Skibsby, it was unfortunate that artists and small labels could not follow the airplays of their tracks on the radio. Knowing that they have access to all streaming data, it was unthinkable for him that they did not have access to data of media that had been around for decades such as radio.

Relevant data for multiple use

WARM tracks airplays on traditional AM / FM radios, as well as online radios. To date, the service tracks more than 28,000 radio stations around the world. And the number continues to grow. With airplay data, WARM users can identify emerging trends and fine-tune their marketing strategy, radio promotion and even tour planning. The analysis is much more accurate than what can be done with Spotify data, for example.

If you are an artist and you check your Spotify data, you could conclude that you are famous in 5 cities. But in reality, maybe it is just that Spotify added your song to playlists that are popular in these cities. So, the people listening to the playlists may not be your fans, just people who heard your track. I don’t think Spotify data alone can let you have a precise view on your potential market and the localisation of your fans.

► On Groover, already hundreds of radios available, send them your track!

A new degree of autonomy for independent artists

The other big advantage of WARM is transparency. The platform’s data do not depend on any external entity, and artists around the world can benefit from this data resource. Indeed, in many markets, Spotify is not the dominant streaming service. In France, there is Deezer, in the United States, Apple Music is strong and in China, Tencent is dominant. The radio format is the same everywhere but the broadcasting platforms differ according to regions of the world. Thus, with WARM, artists have the opportunity to:

Unsigned artists often lack the means to afford the services of a press officer. WARM’s follow-up reveals the success of your song according to the regions of the world, the countries and the type of listener. Now artists, managers, labels and booking agencies can accurately exploit the airplays data of a song. The site also contains a directory of professional radio promoters you can choose to get in touch with. 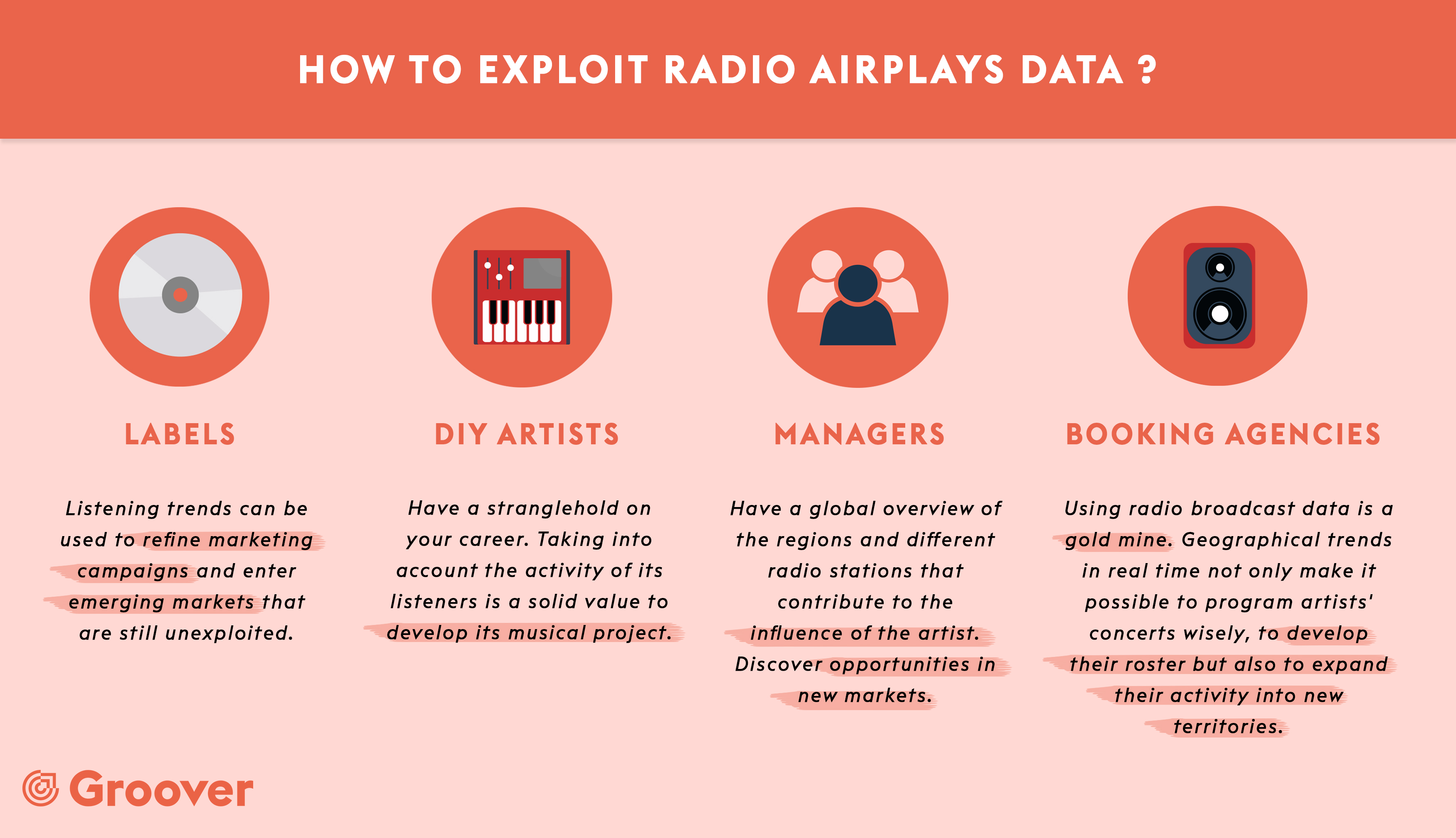 A business model affordable to all

In order to remain faithful to its desire to make radio data available to all artists, the WARM team has decided to make the product affordable to the majority of artists. For only €7 per month, an artist can follow the airplays of one song. The fee is of €49 for one song tracked for one year. Other bundle pricing models are also available, lowering the cost to 2.6€ per song/month.

Finally get in the radar of radios and other music media of your choice, feedback guaranteed and coverage 🚀

Amy was one of the creative minds behind the media Savage Thrills. Driven by a fierce eclecticism (and conscientiously carries a sense to the smallest detail), her musical range is as much about the luminous figures of rock (from Ian Curtis to Brian Wilson) than on the elusive spectras of the underground. Nevertheless, she does not hesitate to comment on contemporary productions and submit them to her incisive look. Her heroes (not exhaustive): James Blake, Kevin Shields, Solange, Alan Vega, Brian Eno and Frank Ocean.

Success in Music: 7 mistakes to avoid in order to succeed in the music industry

How to use Groover for music promotion? Our...

How to manage your social media accounts as...