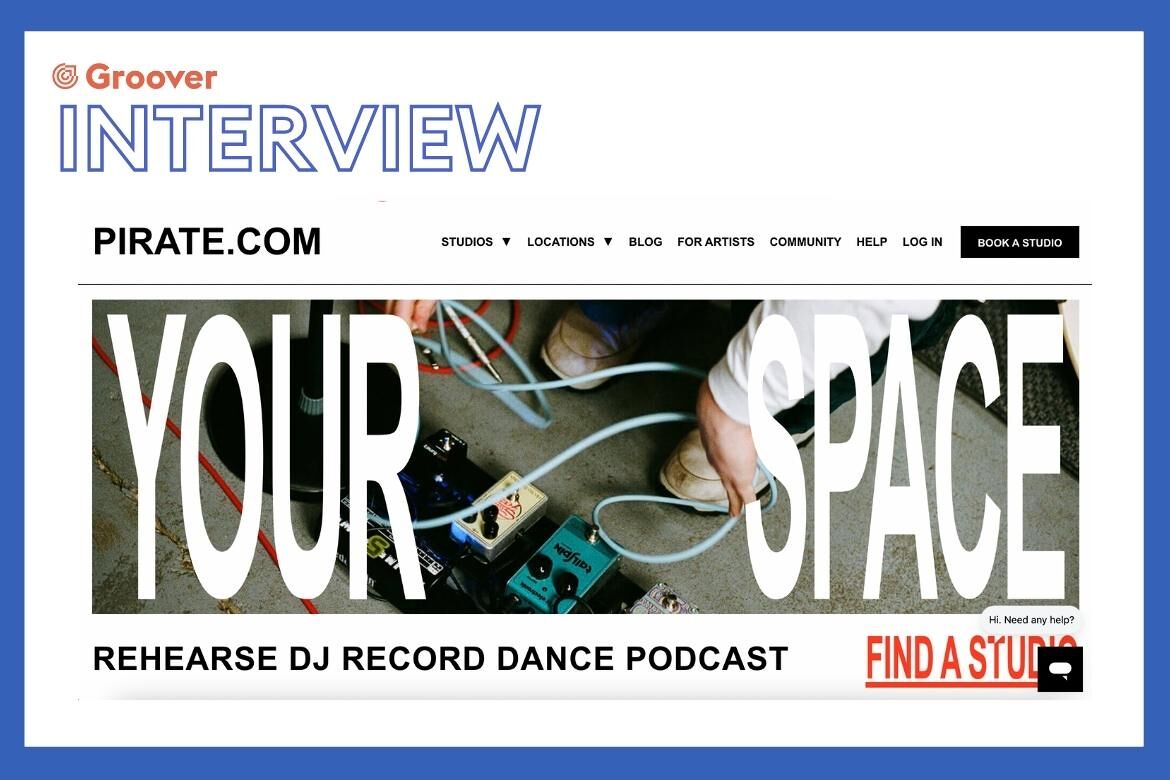 We’re glad to interview David Borrie, one of the co-founders of Pirate.com ✨

Hi David! Could you introduce yourself and tell us about your journey in the music industry?

I’m David Borrie, one of the Co-founders and CEO here at Pirate. My journey in the music industry has been quite a long one with a few diversions along the way. I started out playing the drums for various bands in Bristol after university, but rather than becoming the next Dave Grohl, I entered the world of banking instead. I spent 6 years managing and designing retail banking products. Not very rock n roll, but it paid the bills and kept the lights on.

After continuing to play the drums on and off during that time, my good friend Mikey Hammerton and I had an idea to create a 24-hour self-service music studio. We wanted to make something more affordable and accessible for the local bands we loved so much. From there, Pirate was born and my shift into the music industry was complete (albeit not exactly how I’d imagined as a kid!)

How did you get the idea to create Pirate.com?

We were frustrated by the lack of rehearsal spaces available, and the ones that had space for us felt a bit old and tired and were usually fully booked.

We had the idea of creating a 24-hour unmanned rehearsal space that would be built on trust between bands. It was never about disrupting the industry or anything as lofty as that, it was just about providing affordable space by removing some of the unnecessary overheads we saw in the spaces we were using.

That was almost 7 years ago now, and since that time we’ve added DJ, recording, dance and podcast studios and launched new sites in LA, New York, Berlin and Hamburg, as well as in most major cities across the UK – all while managing to keep our spaces accessible and affordable.

Could you tell us how Pirate.com works?

Pirate is the world’s largest network of 24-hour self-service studios that offers creatives the chance to record, rehearse, mix, dance, and play whenever they want.

We use a contactless and keyless online booking system and keep our rooms open all day and all night. This means our customers simply book a room online, let themselves into the space, and make as much noise as they like. Whether that’s laying down a track, rehearsing for a gig, recording an episode of a podcast, or just playing something loud on the decks to let off a bit of steam.

| Looking for concert dates? Here is an article to help you find live opportunities.

Our rooms aren’t just for professionals, we get a lot of hobbyists and beginners using the space as it’s not as intimidating as more traditional studios. You can let yourself in and get used to a studio environment in your own time.

Are there any success stories of artists using Pirate.com that you could share with us?

We ran a discovery program a couple of years ago called Pirate Prodigy. The idea was to hear some of the music being created by our community inside our studio walls.

One of the winners of that program was Deijuvhs, who at the time was an underground artist making music that sounded like an adventurous blend of rap, punk rock and nu-metal. He sounded like nothing else out there and really caught the attention of the Pirate team.

As our winner, Deijuvhs gained access to free studio time and mentoring, and even got the chance to play on our stage at Boomtown. Since that time he’s gained millions of streams and views online and is playing headline shows in London.

There are thousands of artists like Deijuvhs using our spaces every week to create something completely fresh and innovative. That’s really what excites me the most about Pirate – it’s not the product itself, but the people using it.

We’re really focussed on offering our customers opportunities to take their creative journey to another levell, whether that’s playing a gig or accessing insight from some of the industry’s best.

| Audio mastering, what is it for and where to get your tracks mastered?

If you had one piece of advice to give artists today, what would it be?

Do things your own way. The traditional label and management models are evolving and now more than ever, artists have the power to put more money in their pockets and be more in control of their output.

At the same time, we know it’s difficult for artists to make money from their craft, and it’s something Pirate is actively looking to address. Not only by providing affordable studio space but by creating tools to help artists reach new audiences and build a fanbase from the ground up.

How to play piano well?

Music without boundaries: the Nine And A Half...