Music without boundaries: the Nine And A Half music label goes international 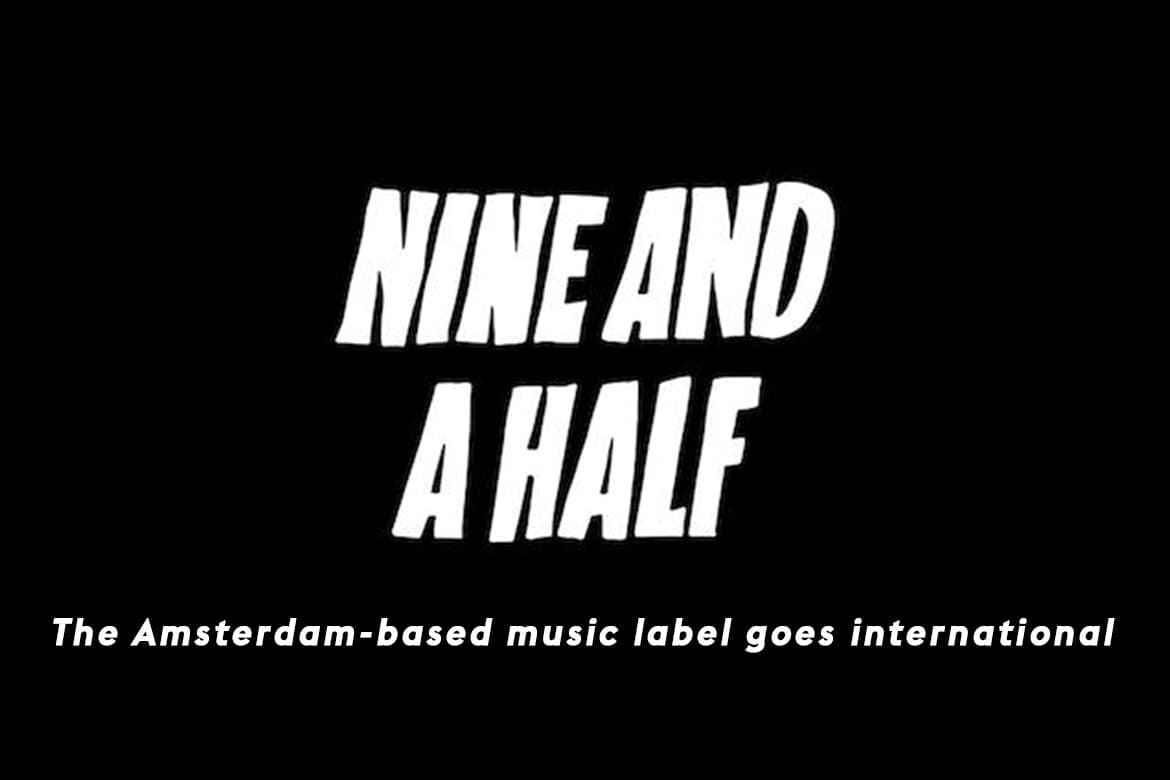 Nine And A Half is a music label based in Amsterdam. They use Groover to push their artists internationally 🔥

Groover helps democratize the music industry and is an indispensable tool for independent artists and labels who want their music heard. Thanks for that 🙂

Nine And A Half, can you present your music label?

Nine And A Half is an Amsterdam-based music label releasing a wide range of incredible music for great people like you! We try to represent cool music in a human and fun way.

How did you get the idea to create Nine And A Half?

After working for a Dutch hip-hop label for years, I thought it would be great to represent other, more leftfield genres that I love. And so with my experience to be able to push the somewhat underexposed artists in a fair way. After I helped several artists individually with their projects, I decided to set up my own label. One name and one idea, with the hope that the label as a whole will add value to the individual artists and their music. Good music should be heard, and I think that happens too little.

| Read also: How to get signed by a music label?

How is it to have a music label in Netherlands? What is the music market like there?

The Netherlands is a small country with not a lot of inhabitants, which makes the music market very small and comprehensive. It’s easy to connect with people and find like-minded people in the industry, but finding an audience for ‘alternative’ English or instrumental music is quite difficult. For us, it is therefore especially necessary to look beyond the Dutch border and to be able to find connections in different territories. That’s challenging, but not impossible. But despite that, having a label is cool and the friends I’ve met through it makes it extra special.

You have signed some great artists, can you tell us a bit about them and how you chose them?

Thanks! I agree! At the moment we are releasing music by Calundé, a young craftsman with a great ear for good compositions. With his electric guitar and Ableton he produces very strong alternative indie / r&b music and his debut project will be released in September. Joya Mooi is an artist who makes a kind of combination of trappy alternative R&B and dream pop and writes strong, meaningful songs. She is doing very well in the Netherlands and South Africa where her roots are. In addition, she is really starting to make a name for herself in other places with high-quality music, of which I am very proud. City Park is a fuzzy R&B duo that makes very fine stylized music, highly recommended! Finally, we release music from Sim Fane, a producer who has electronic music and a very good ear for sounds. He was praised this year by Baauer, Flume and Hudson Mohawke, among others, and is now working on new music.

How does Groover help you to export your music internationally?

Because ‘abroad’ is such an important factor in the success of the artists, a platform like Groover has become essential. It helps to get the music heard in territories that we are not at home in, without having to spend a huge budget as it is the case with a PR agency. It allows us to explore and test how the music works without really taking any major risks. In addition, it is also a way to expand the network and build relationships with like-minded people.

Nine And A Half, what are your plans for the coming year?

Depending on how the world develops, the plan is to finally start traveling again and physically represent the music with the artists and also do shows across the border. We mainly want to continue the trend and continue to do high-quality projects and to expand the name. And hopefully, connect to more artists and people across the world.

And finally, a little word about Groover?

Groover helps democratize the music industry and is an indispensable tool for independent artists and labels who want their music heard. Thanks for that 🙂

Send your music on Groover and promote your music

Dan Howls gets an international audience, thanks to Groover

How to monetize your work as a musician:...