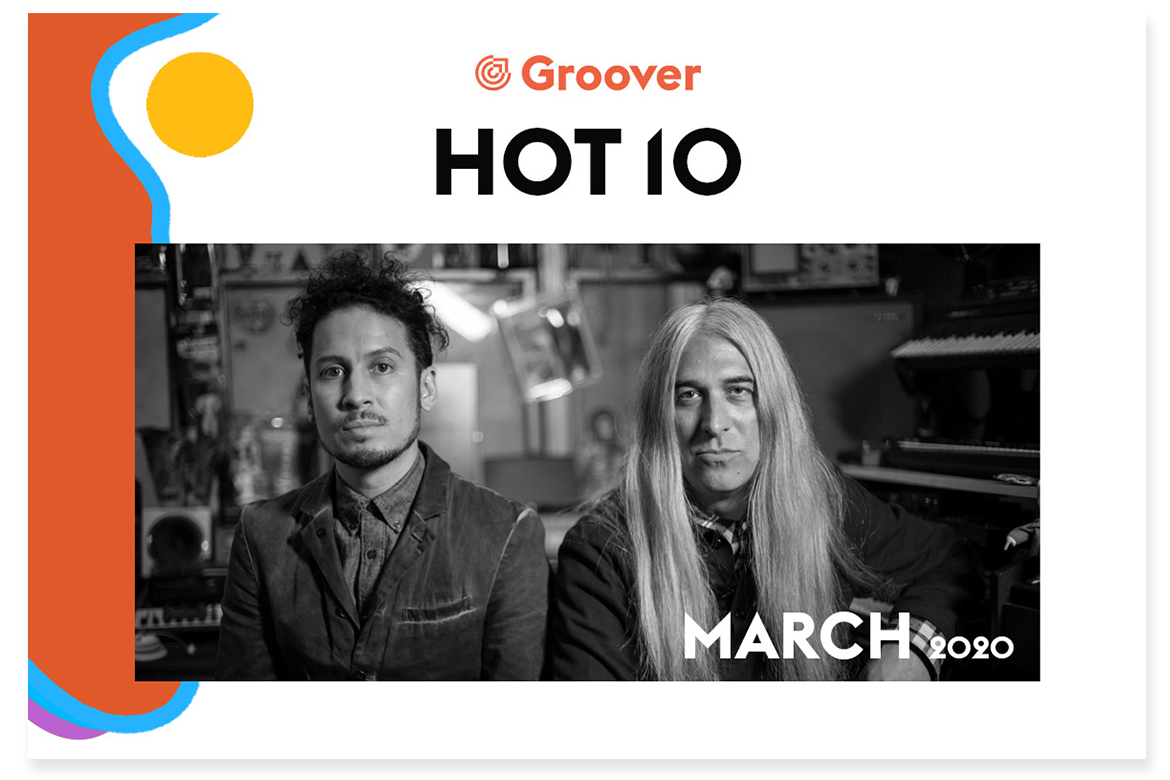 If you don’t already know Young Gun Silver Fox, we can only advise you the retro and sunny tunes of this duet from England. A true celebration of 70s-80s Californian music, Kids reminds us of their album AM Waves, released in 2018.

The electro-pop duet led by the French-German producer Franz Matthews made a huge impression on us with their Song For Nick. The track which features also Puppetmastaz is a melting pot of genres: rap and reggae, with a touch of psych.

The young artist from the Lille rap scene Alvin Chris has released another gem, Psycho. Distinctive marks of the French rapper: the softness of the productions, Alvin’s flow and the delicate aesthetic of the video. You need to follow this guy!

After his well-noticed EP around.away released on Delicieuse Musique, the French producer and musician Fhin surprises us with a mix of electronic and urban music on chill and downtempo beats. But the true originality of this future pop resides in the work on the voices, both feminine and masculine, which brings a dreamy and delicate side to the track.

Already in the radar of the BBC, the catchy melodies of this young British fellow have come to our ears as well. Mixing the efficiency of pop music and the tenderness of folk to the raw tone of his voice, Danny Star is increasingly becoming a must-see of the British indie scene.

Newcomer on the Quebec indie scene, Thierry Larose juggles with skills between lo-fi pop and rock on Les Amants de Pompéi. On this quite extraordinary song from his upcoming first album, the 19 year-old artist sings the happiness and deceptions of love with organ-synth sounds as surprising as they are catchy.

The dreamy universe of the mysterious and talented DJ DE RIEN is revealed to us with the neo-soul electronica track Chimes. Through this complex track, the producer shows us his know-how ad the importance of more traditional music on his work.

Far from the universe of their first eponymous album released in 2018, the band from Lyon DA BREAK has just revealed Miss Rosa. A great start before the release of their upcoming album on March 13th. The soul/funk/retro melodies meet successfully in this song with the modernity of electronic music

Another British! And yet Chima Anya makes us travel through the story of American hiphop on Available. If the citizen of Oxford had been born on the Californian coast 30 years ago, he would have for sure spent countless hours in Dr. Dre studio. But in the UK, it’s with the beat-maker SoulChef that he hangs out. And it’s goooood.

What a better way to finish this playlist than with a chill and low tempo track? If the bass in Our Ghost is groovy, the voices of Montreal-based duet IIILO bring us into their creative universe with delicacy. Now is time to navigate through the clouds, close our eyes and relax while waiting for the next Hot 10.

See you in the beginning of April for the next Hot 10 by Groover. In the meantime, discover the previous Hot 10 as well as all our playlists here.