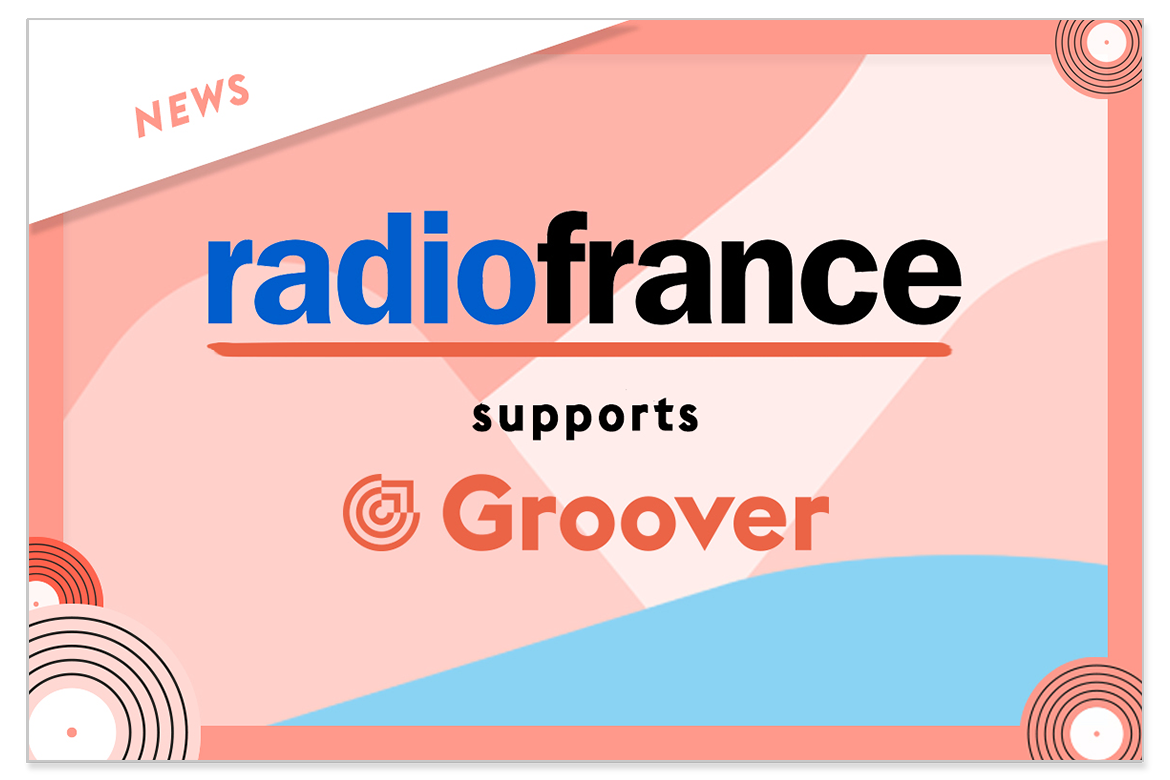 Groover is teaming up with Radio France’s Digital Department to simplify the discovery of promising new musicians and groups! For several months, Groover has been working on a new system to support even more the artists who emerge from the platform thanks to the feedback from musical influencers (more than 125 active influencers today including Délicieuse Musique, Novorama, OFIVE TV, Tafmag, Électro Posé, and many others).

As part of this partnership, Groover is working on data analysis to personalize the recommendation of new artists to Radio France’s programmers based on their tastes. In this context, a total of 32 songs were sent directly to Jean Rovarino – programmer at FIP – who chose to broadcast 10 of them (Jean Chaumont, An Eagle In Your Mind, Adrian Wreck, Charlotte& Magon, Hannah Featherstone, RUBY, Wallace, Toledo, Pasta Grows on Trees and Rob One).

It was through our collaboration with Groover that I discovered these 7 artists that I decided to program them on the webradios “Tout nouveau tout fip” or “Fip jazz” . Most of them have also been programmed on the Fip channel. – Jean Rovarino (programmer at FIP)

Over the coming months, Groover and Radio France’s digital management will continue to explore new development opportunities together, both technically and editorially.

Our common goal ? Adapt the song proposals even better to the different editorial lines of the Radio France group’s radios and webradios, while allowing them to make new discoveries!

20 years of Music Industry disrupted by Tech: after the fall, a new “Golden Age”?